We’ve been in town for the past week–seeing friends, celebrating my Mum’s 93rd birthday, and visiting with Em, who is staying in the loft as she awaits word from Ireland about her visa. It was a thoroughly enjoyable week and the luncheon we hosted for my Mum’s birthday was a success–with James as chef! 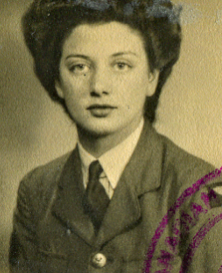 However, we’re both glad to be back in our funky little cabin on our tiny little island.

Before we went into town, however, I didn’t have time to post the results of a new meltable vegan mozzarella I made…and subjected to a taste test with CARNIVORES!!

Yes, in an effort to find the perfect pizza cheese, I attempted another version that also happens to be a great deal more straightforward than the Miyoko Schinner version. It’s an adaptation of  a recipe for Mozzarella di Campana created by Sky Michael Conroy in The Non-Dairy Evolution Cookbook. I found the directions a bit cumbersome, however, so I’ve tried to make the recipe a bit more streamlined. I also replaced a couple of ingredients. So here we go! I’ll report on the taste test later on in this post!

Blend in the Vitamix:

This should take five or six minutes: Pour the ingredients from the Vitamix into a non-stick saucepan on medium-high heat and whisk in the melted coconut oil. Once it’s whisked in (it will take a few minutes), replace the whisk with a spatula and mix continually until the mixture thickens and starts to form “curds.” Reduce the heat to medium low and mix like crazy until the mixture emulsifies and has a glossy sheen. Once the cheese is finished (it should achieve an internal temperature of 175 degrees), remove from heat and add:

Mix like a madman until combined and pour into a mold. I like a round finished product, so the slices look round on the pizza, so I poured the mixture into a large soup mug to set.

Let the cheese cool in the fridge for six hours, remove it from the form, wrap it in paper towels (to absorb moisture) and plastic wrap.

Here is what it looks like after it’s been sliced. The vegan cheese behind it is the Miyoko Schinner cheese, which was my previous (quite successful) experiment.

So the next step was to taste test the two different meltable vegan cheeses against regular cheese.

Biddy and Paul were spending the Remembrance Day weekend on Hornby, so we invited them over for a Friday Feast to taste test the vegan cheeses.

Now, you may be thinking “what could possibly be in it for these two carnivores??!!” and I definitely see your point, BUT Bid is one of those amazing mums who will do anything for her kids. Her daughter, Dana, recently made a commitment to plant-based eating, so Bid’s been trying all kinds of vegan recipes for Dana to try when she visits.

Oh, and as evidence of Bid’s insane commitment to her kids: for a recent birthday dinner she hosted for her son’s girlfriend, she made three different cakes: one vegan for her daughter, one gluten-free (but dairy rich!) for her daughter’s boyfriend, and one for the rest of them!

They all looked great fresh out of the oven (just a reminder: the real cheese is the top photo): 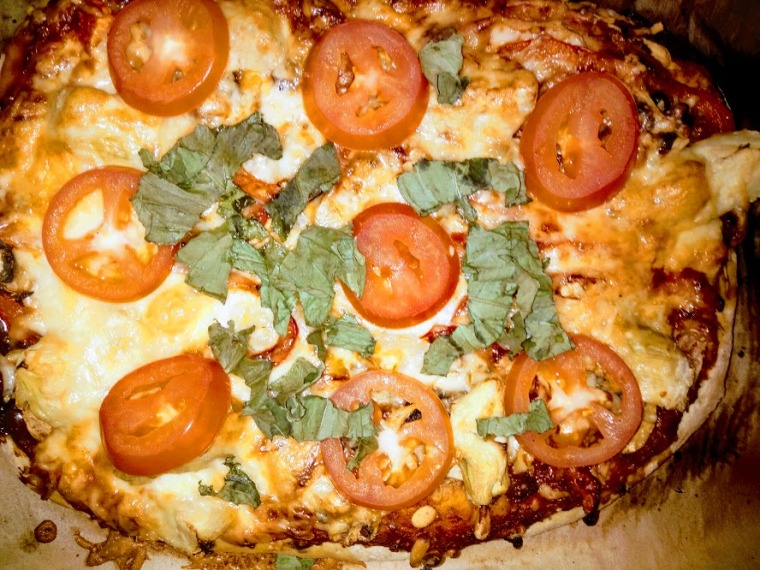 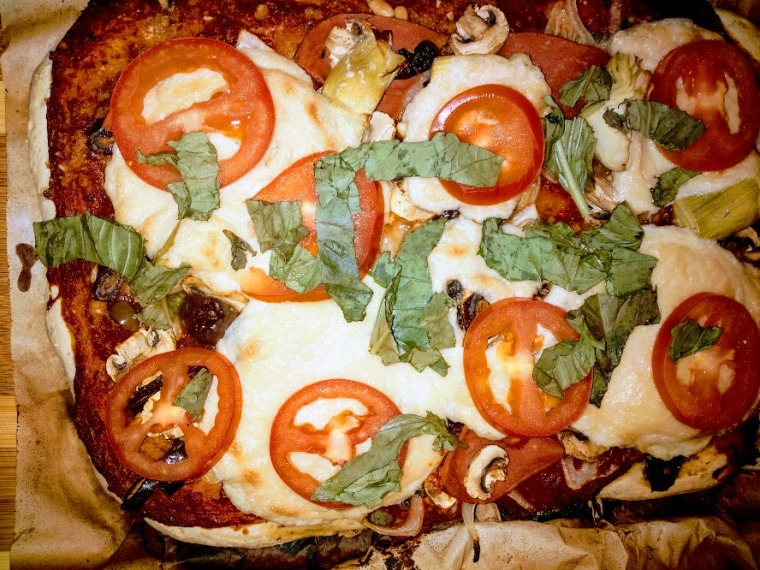 I placed a slice of each on everyone’s plate…

And the taste testing began!!

James immediately declared that the cheese one tasted odd to him (HA! I’ve been feeding that boy vegan food for too long!).

Surprisingly, Bid and Paul (the carnivores) didn’t find the vegan cheese objectionable in the least.

And all decided the most recent version–the Meltable Vegan Buffalo Mozzarella–was the clear winner!!

And this was in spite of the fact that I used the WRONG kind of coconut oil and we could all smell a slight coconut odour! I now have refined coconut oil, however, so that should not be a problem with future iterations of the “cheez”!!