I love Fridays, and not just because they hold the promise of the weekend. Back in the sixties–before Vatican II, we parochial-school kids used to fast on Fridays, which meant Birdseye fish sticks or egg and chips for dinner, rather than meat–hardly a “fast,” but what did we know; we felt as righteous as if we’d starved ourselves from sunrise to sunset. And I loved it–not the giving-up-meat bit: the giving-up bit. And even all these years later, I still get a bit of a thrill about the possibility of giving things up. I haven’t passed the threshold of a Catholic church in years, yet the Lenten season still sends me into paroxysms of delight  about what I might give up for forty days.

In retrospect, I realize I was made to be a vegetarian all those years ago: I could indulge my weakness for giving things up and couple it with a moral high ground: what could be better!

When I first became a vegetarian, I had no clue what to eat besides pasta, so the first thing I did was sign up for a vegetarian cooking class. Back in the early 1990s, none of the fake meat products existed–not even veggie burgers–so if you wanted something that resembled meat, you had to make it yourself from tofu or tempeh or beans.

And I hated tofu, tempeh, and beans.

Hunger does funny things though, and I soon realized that I’d better learn to love beans, or I was either going to starve from eating only greens, or explode from eating only cheese. I started with peanut sauces (which I still love), and lentil and pea soups, and gradually I started enjoying other beans. Tofu took me a long time to like, but I even eat it for breakfast sometimes now.

When the first commercial veggie burger (Money’s Gardenburger) arrived on the scene, I couldn’t believe how great it tasted. Soon after, Yves products began appearing in local grocery stores–fake ground round, bacon, chicken, you name it. And they tasted like the real thing! The truth is that it had been so long since I’d tasted meat, that I was easily seduced by anything salty and shaped like a piece of bacon. 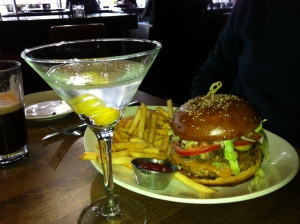 Almost four years ago, J decided to join me in my vegetarianism, and he embraced fake meat with a vigour that surprised me from one who had been such a great carnivore in his previous existence. In fact, he has veggie sausages and eggs for his breakfast every morning, and he’s tried the veggie burger in every restaurant in Vancouver…with which he invariably orders a big pint of…. 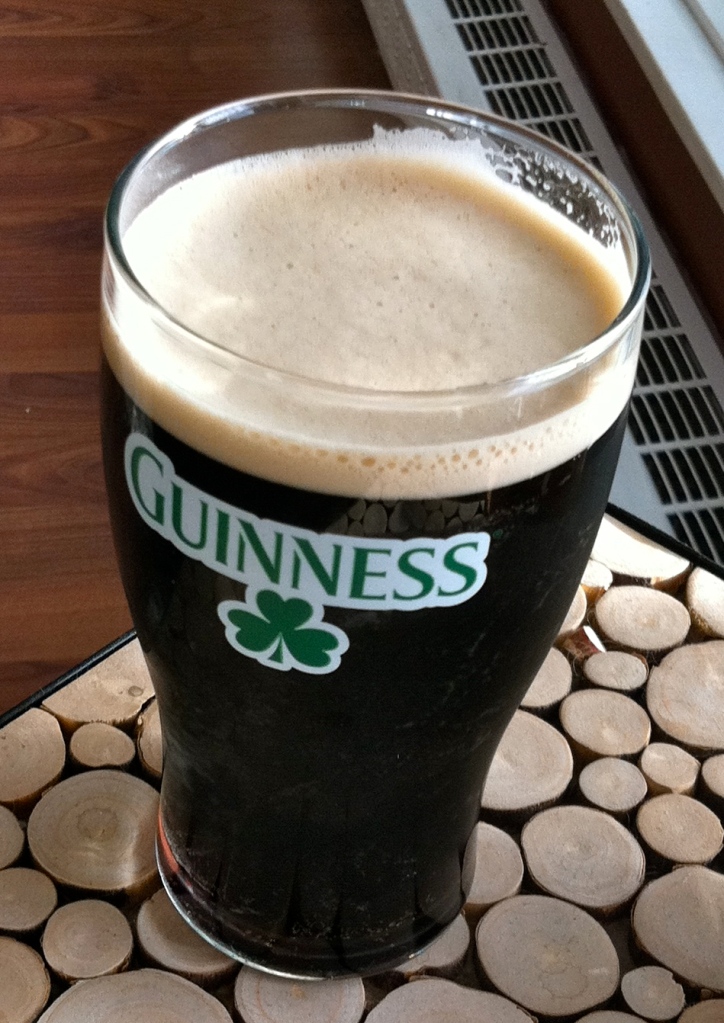 Now, the great thing about all this fake meat that we love so much is that it’s actually vegan, so my various forays into veganism over the past few years have always involved healthy helpings of my beloved faux meat and even faux cheese. In fact, J has become a master at adapting things like “boeuf” bourguignon and “pork” tenderloin with apple-cider glaze into vegan masterpieces:

But there’s always a catch, isn’t there?

As it turns out, fake meat products aren’t all they’re cracked up to be in the health department. While they aren’t exactly bad for you (in fact, they’re much better than the real thing), they’re not great. They are processed–pretty highly processed in fact. My forays in veganism in the past had more to do with not wanting to eat animal products than wanting to be healthy. In general, if you’re a vegetarian or vegan, your motivation is likely moral; however, if you’re calling your vegan diet, a “plant-based” diet, your motivation may still be moral, but it’s also good health. And proponents of plant-based eating condemn processed food. At best they call it “transitional food”–the food you eat while you’re getting used to the way you should eat.

If you ask Drs. Barnard, Fuhrman, MacDougall, Campbell, or Esselstyn what to look for on a food label, they’ll tell you to look for food without a label. So that’s what I’m trying to do.

I never thought I’d see the day when I’d consider having a slice of vegan bacon in a sandwich a transgression, but it’s a sin of a venial nature: easily confessed and forgiven in the friendly confessional of the Eat-to-Live members’ forum. Twelve years at Catholic school leaves its mark, I suppose. And I do feel a bit like Dorothea Brooke, who looked forward to giving up riding because she enjoyed it so much. But then, I’ve always admired Dorothea (even when she made that disastrous marriage to Mr. Casaubon), and she did get her reward in the end.

In any event, I thought I’d include here a recipe for the first vegan recipe I fell in love with all those years ago when I first read Neal Barnard’s Food for Life. It’s simple peanut sauce that’s delicious on brown rice pasta with a few steamed vegetables and topped with crushed cashews. I’ve adapted it a bit because I like my peanut sauce hot. I also sometimes add grated ginger.

1 bunch of chives or a couple of chopped green onions

Blend it all until smooth and creamy and serve over steamed vegetables and brown rice pasta:

2 thoughts on “This Business of Giving Things Up…”