My niece, Annie, always sends me the most amazing vegan recipes, including this Roasted Tomato Soup, which I’ve been meaning to try forEVER. Part of the appeal is the video of a young woman (named Laura Miller) making the soup on a site called “Raw. Vegan. Not Gross.” Now, I would’ve eliminated that first period and gone with a semi-colon between the words “Vegan” and “Not,” but we can’t all be English teachers now, can we?

Anyway, she is hilarious to watch because she has a great smirk and seems slightly drunk; plus, everything she says seems vaguely dirty. In other words, she’s so fun to watch that I can’t believe she doesn’t already have a reality show and a crew following her every move.

Well, I finally tried it this evening, with a couple of adjustments because I didn’t have fresh herbs. I was cursing myself for not trying it up at the cabin last summer because I had both fresh basil and fresh thyme. Also, I had no garlic bulbs, just a jar of chopped garlic. Even without the fresh herbs and freshly roasted bulb of garlic, it was UH-mazing. In fact, the next time I make it, I’m buying organic tomatoes, fresh herbs and garlic because it’s SO worth it. 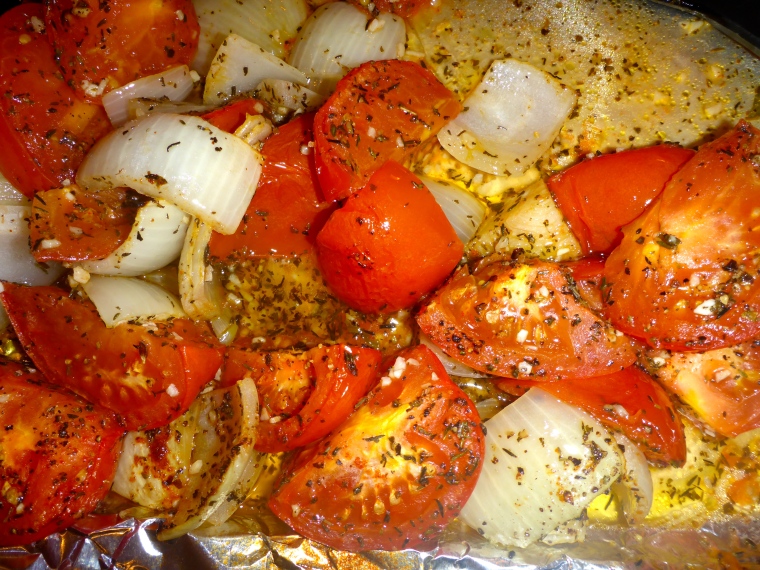 Serve it with freshly ground pepper. Seriously, it’s the bomb: 10/10 would do again. 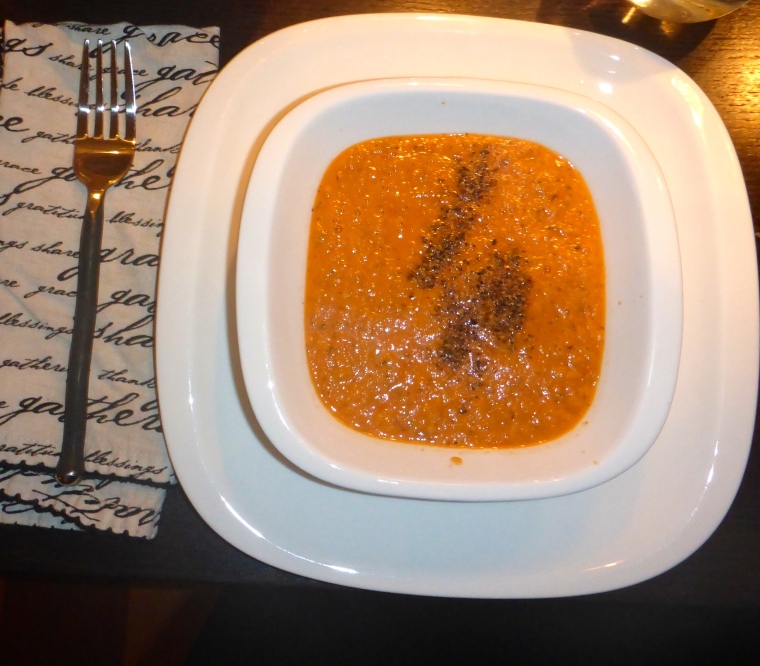 I served it with a baguette, a variety of olives, freshly made hummus, and a new red-pepper-walnut spread I recently discovered called Muhammara. I searched for a few recipes and ended up combining a couple.

Here’s my adjusted recipe for Muhammara: 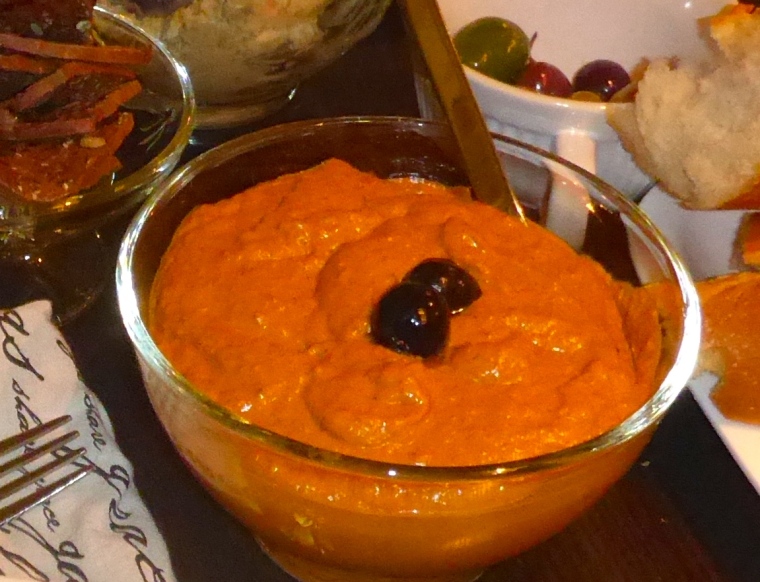 Now….the jury’s out on this one. I’m going to give it another taste tomorrow when everything’s had a chance to meld together. My initial take is that it’s not as good as my roasted red-pepper and olive hummus, which takes less time and costs MUCH less. The pine nuts, pecans, and walnuts alone makes this a very expensive dip, which I wouldn’t mind if the taste was amazing, but it indeed falls short, so there you have it.

Anyway, we had a delightful vegan meal of soup, fresh baguette, hummus, muhammara and mixed olives! Oh, and how could I forget: a few of those fabulous Leslie Stowe Rain Forest Crackers. I could live on those and peanut butter. I actually found a recipe for something similar, which I’ve been dying to try….and I’ll be sure to report back when I do!

And here’s the video with the original recipe for the Roasted Tomato Soup. Seriously, if this chick doesn’t have a six-episode show on Netflix year, I’ll be surprised:

And my music for this evening (while I was cooking) was a bit of an indulgence since James hates the CD….not because he hates the music, but because I know every word to every song and belt those tunes out like I’m the one being crucified.