But this one is truly amazing in terms of both taste and micronutrients because it’s a mix of sprouted green lentils and red lentils (which, as mentioned in my previous post, are nutritionally superior to both green and French lentils).

It’s also more of a soup and less of a stew than my regular lentil soup because green lentils retain their structural integrity, while red lentils turn into a kind of thick mush (that sounds rather unappetizing, but it’s actually a delicious mush!).

As I also mentioned in my last post, I sprouted four ounces of dried green lentils and used about half to make hummus. I continued to water the remaining sprouts, so had a full three cups by the time Friday rolled around.

I also added a 1/2 cup of red lentils to thicken the broth a bit and boost the micronutrient density.

Here’s the recipe. Note that I use the same simple spicing (2 tsp. thyme; 1 tsp. tarragon; 1 tsp. pepper) because it works so well with lentils.

Spray a dutch oven with oil and saute the following on medium for a few minutes:

Simmer until the carrots are tender but not mushy (20 – 30minutes). 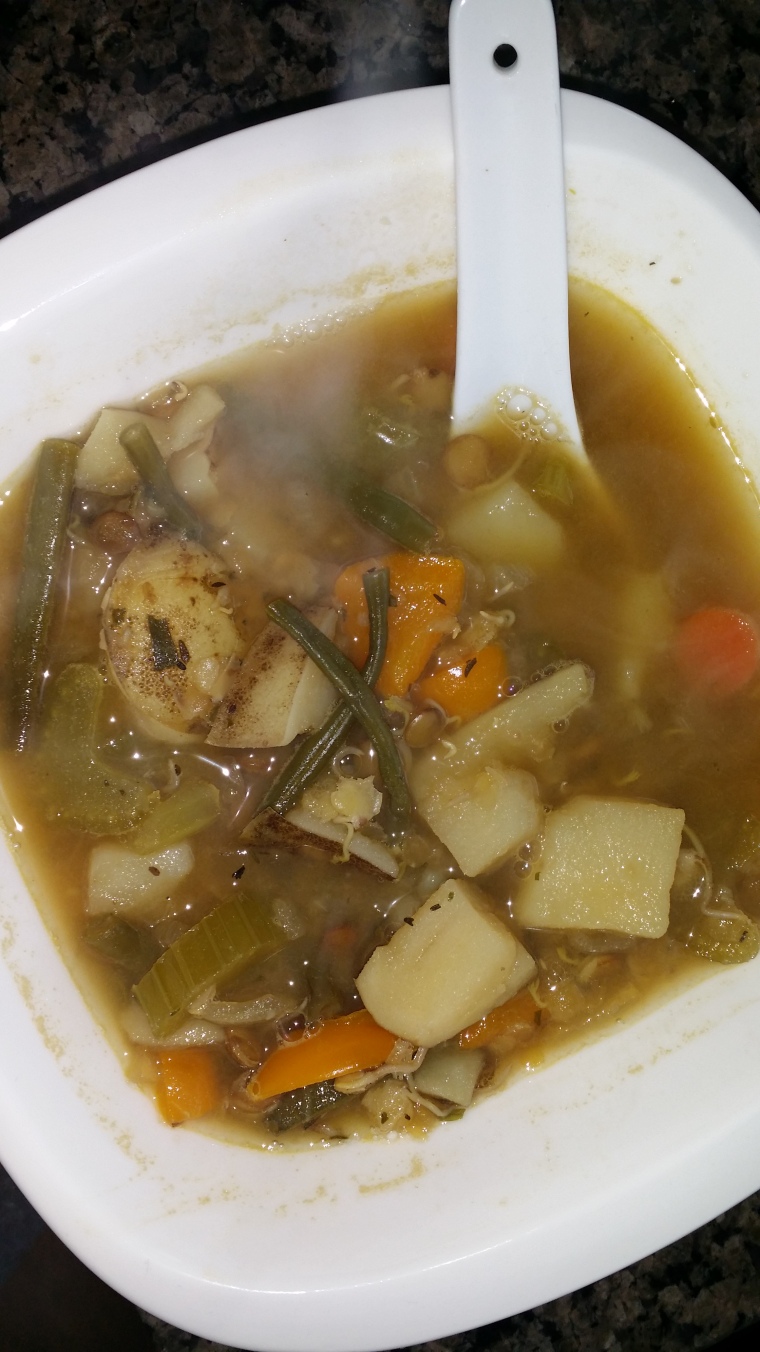 What’s particularly nice is that the sprouted lentils retain their structural integrity AND a bit of a crunch. You can see the little sprouts even after cooking! 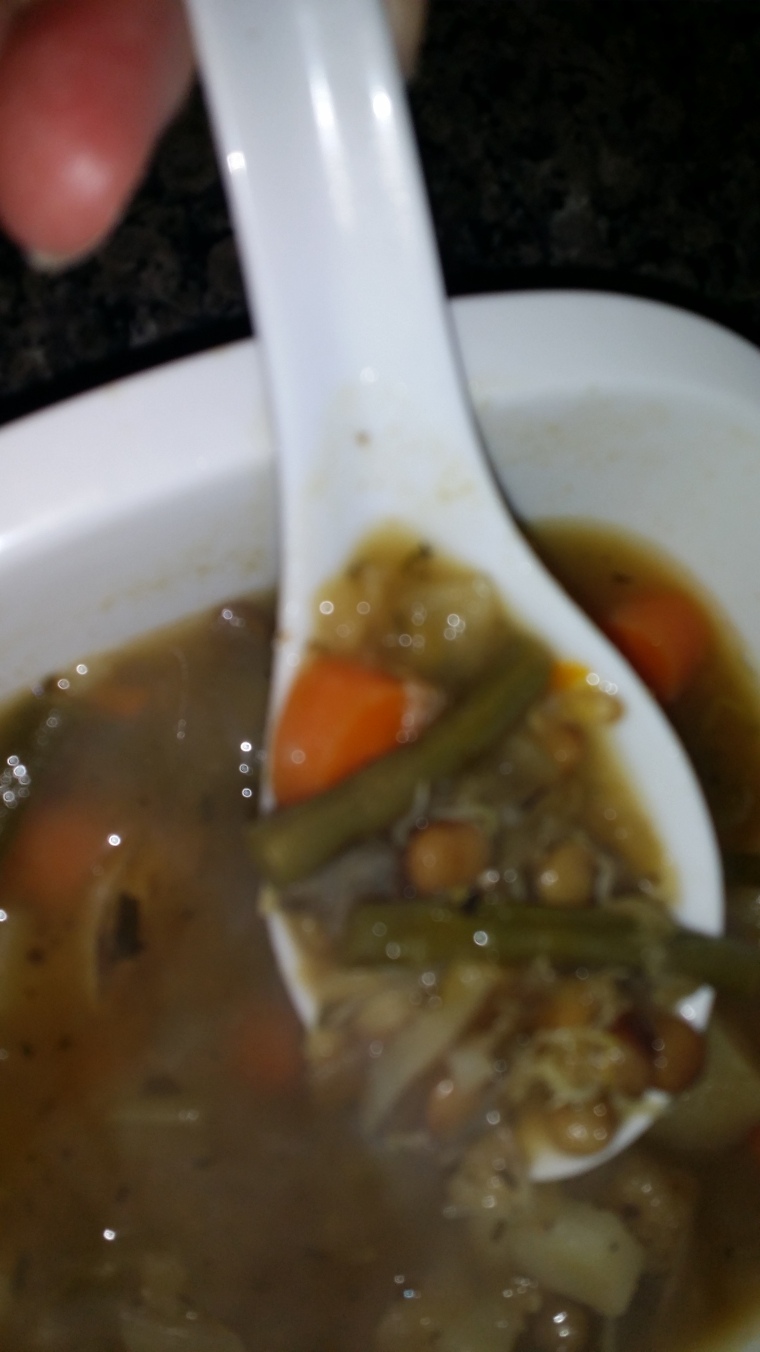 With my green drink in the morning and this amazing soup for lunch, it’s no wonder I’ve been feeling so energetic for the past few days! I’ve been back on the full-on plant-based plan since January 2nd (WHAT?!! …we had leftover pizza in the fridge on January 1st, so we could hardly start then!!!).

And my FitDesk arrived mid-week, so I’m ready to embark on Monday on a more intense exercise plan than my daily hour of walking. The plan is to get into some kind of shape by the time we retire at the end of April!