Although everyone seems to go into paroxysms of ecstasy over risotto, I’ve never been a fan of the dish, which always seems both mono-textured and mono-gustatory (a word I thought I coined, but just learned does, in fact, exist!). I object to savoury oatmeal for the same mooshy, mono-gustatory reasons.

However, I’ve always felt that I was missing something about the whole risotto thing, which turns out to be true! My parents live in a seniors’ home with a rather amazing restaurant called The Ash Street Bistro. They often invite us for special several-course dinners, like New Year’s Eve and Valentine’s Day, and the chef creates a vegetarian version of each of the courses for us. It must be a colossal pain for him, but he continues to create really delicious vegetarian (and, more often than not, vegan) meals for us.

For the Valentine’s Day gala, the first course was puy lentils and squash cooked in a super succulent broth. I didn’t take a picture because the dish just looked like a pile of green lentils, but it was DE-licious. In fact, I’m trying to figure out how to ask for the recipe without insulting the chef.

The next course was a grilled potato patty in a pistachio sauce. I could’ve eaten two more of these tasty patties, and the only thing that stopped me from licking the bowl clean was my stone cold sobriety. 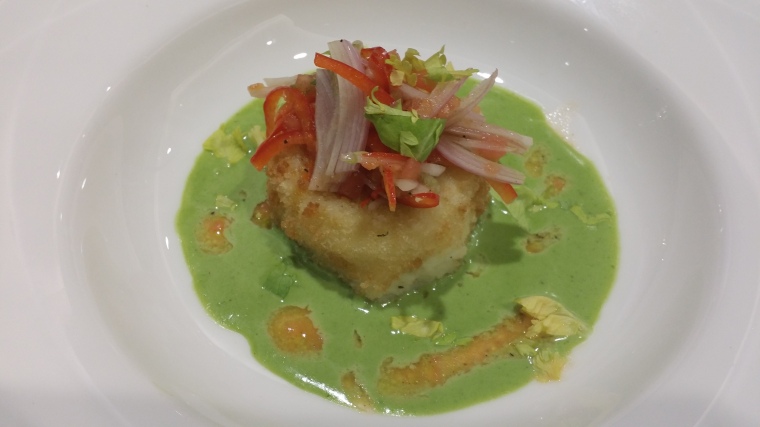 The next course was a mushroom risotto topped with a very tasty cheese and crunchy vegetable tempura:

So I decided to attempt savoury oatmeal again, but this time, I’d add a different flavour on top AND some crunchy elements.

The result was QUITE good (and adapted from Pickles and Honey’s recipe) and I now have a few ideas about how to make it even better.

Here’s all you have to do:

Mix up in the bullet:

1 tsp. Better Than Bouillon Mushroom base

1/4 tsp. each of smoked paprika, cayenne, turmeric, and garlic powder

Pour the mixture in a small saucepan and add:

Bring to a boil and simmer (while stirring) for about eight minutes.

Add two cups of baby kale and spinach and stir just until the greens are wilted:

Meanwhile, I prepared the toppings with the idea in mind that I had to add another taste and some crunchiness: 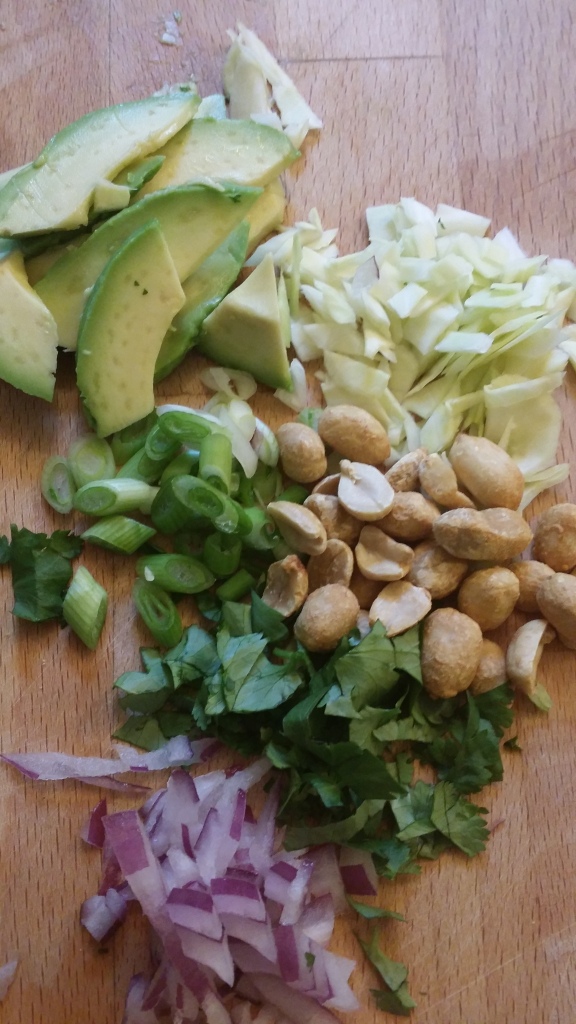 I added peanuts, onions (green and red), and cabbage for crunch; I then added cilantro, avocado, and a big dollop of vegan queso (which is fantastic the next day!!) to add some complexity taste-wise.

And here is the finished product (yeah, yeah, I know: it looks exactly like everything else I make):

It still needs a bit more crunch, however, and maybe something chewy and sweet as well, so my next attempt will include slivered almonds (in place of peanuts), dried cranberries for chewiness without too much sweetness (which raisins would add), and a nice sprinkling of this UH-mazing product that James JUST discovered: 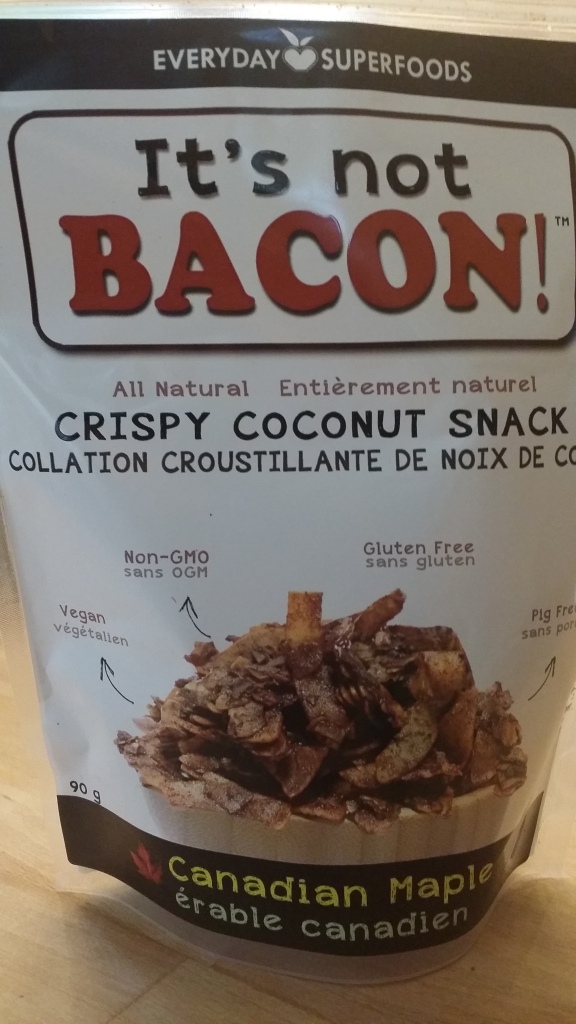 And here is a picture of my ninety-two-year-old parents at the Valentine’s Day Dinner Gala at The Ash Street Bistro:

And this morning, we’ve been listening to Allegri’s Miserere because, hey, it’s Sunday morning!

James: “This is rather depressing, isn’t it?”

I guess that’s what twelve years of Catholic school will do to you.

One thought on “Another Attempt at Savoury Oats…A (kind of) Success!”