Decades ago, a friend once called me to tell me he was miserable with a terrible cold, and, certain that a bowl of my pea soup soup could cure him, I packed up an enormous jug of the stuff into my backpack and walked two miles to his place with soup sloshing on my back. And I don’t think I really did it out of any great loyalty or advanced friendship skills. It’s simply proof of my delusional belief in the healing properties of my soup. I likely pictured myself swooping in like a souper hero with my jug of split pea and, after one delicious bowl, he’d be back to new in no time. The split pea was likely not responsible for any miraculous cure, but he was grateful nonetheless.

As you may have gathered, I love soup. I love making soup; I love eating soup; and I particularly love making soup for other soup lovers. James is not a lover of soup, however, so I often have to cast about for soup-lovers, and then they’re on the receiving end of a soup gravy train (until they displease me by offering critique instead of gratitude—yeah, I’m looking at you, Johnny).

The very first soup I ever made—Dutch Split Pea Soup—was from Jane Brody’s Good Food book, which was my first food bible. I even saved up to buy it in hard cover–back in 1985, I was pretty much broke all the time, so forking over the little cash I had for a hard-bound book was quite the thing. It was a few years before I became vegetarian, but many of her recipes were close to vegetarian, so perhaps it was what first got me onto the idea.

I still have the book, and the page for the pea soup is very well used—covered with splatters and moisture wrinkles, my pen jottings in the margins (little numbers related, no doubt, to calories)… 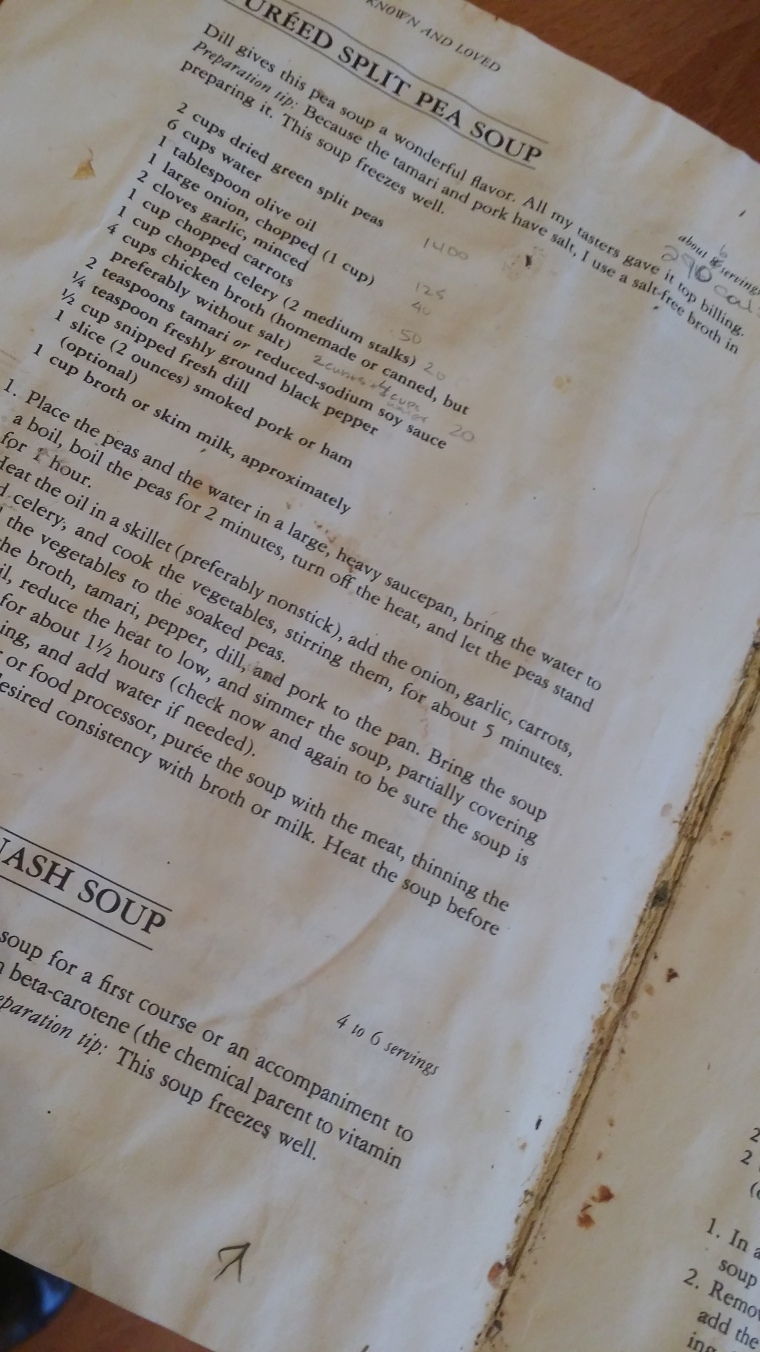 The original recipe includes ham and chicken broth, so obviously, the recipe below is an adaptation. And the dominant taste is dill, so I always call it… 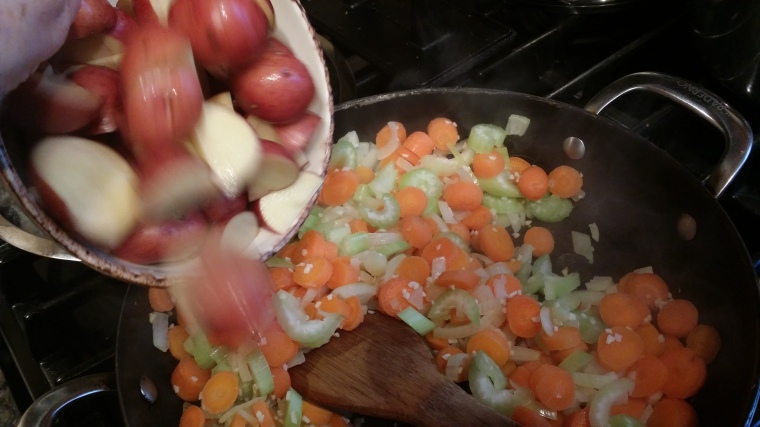 And serve it up with a nice splash of sriracha!

PS And my dad just put in an order for a fresh batch of my broccoli soup!