I’ve been jonesing for a spiralizer for years now, but I have a well-known appliance addiction and figured one more appliance could invite an intervention of some sort, so I actually held off….until today.

Of course, I then spent most of the evening watching Spiralizer videos to ascertain what vegetables I had on hand that could be spiralized (a practice that’s a little addictive in itself). As it turns out, no vegetable is safe from my spiralizing designs.

Some are more easily spiralized than others… 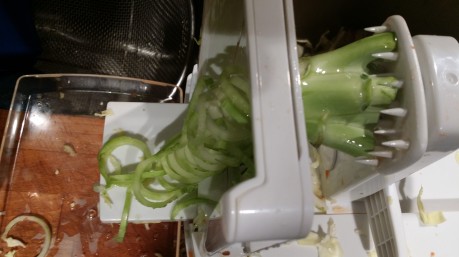 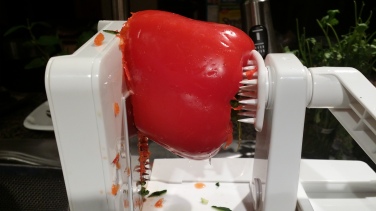 Zucchini, cucumber, and red onion worked very well, the cabbage was okay, but more for the slicing only, not the spirals. The red pepper was a bit of a bust–I won’t try that one again. The real surprise was the broccoli stalk! I never would have thought to use broccoli stalks, but they spiralize brilliantly and taste great (the texture is excellent as well!). 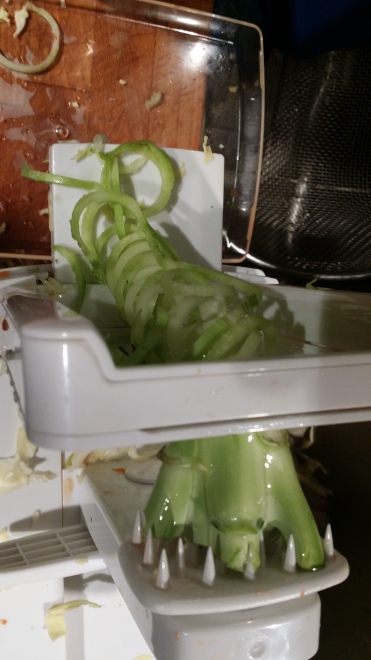 The final result was a rather spectacular medley of vegetable “noodles”…. 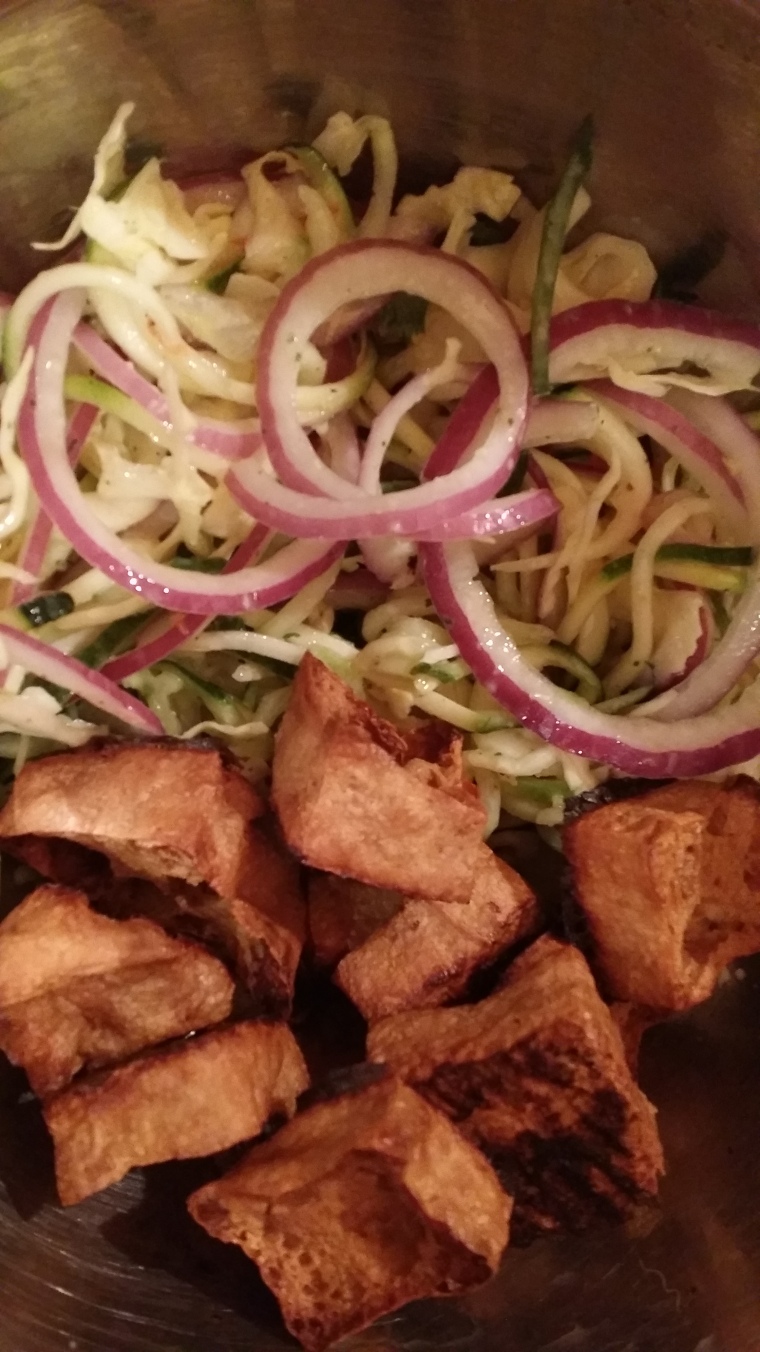 My other big excitement for the day was the arrival of my broccoli sprouting seeds. As you know, I’ve gone a bit mad with the sprouting lately and decided to find out which sprouts give the most nutritional bang for your buck. In addition to my beloved lentil sprouts, broccoli turns out to be a big winner:


So, of course, I ordered a pound from my friends at Amazon and they are soaking as I write this.

The big nutritional deal with broccoli sprouts is that they contain sulphoraphane, a powerful “detoxicant” according to Dr. Greger. Apparently, sulphoraphane is the component in cruciferous vegetables that makes them so healthy. The big drawback is that the vegetables release sulphoraphane only when eaten raw or chopped and left for 40 minutes before cooking. And, sure, I eat a lot of raw broccoli, but I also eat a lot of cooked broccoli and I’ll be damned if I’m waiting 40 minutes before I cook it! Anyway, the sprouts solve the issue because within 48 hours of sprouting, the sulphoraphane content is at its peak. A quarter cup a day apparently greatly enhances one’s ability to fight off all kinds of terrible things!

Over the past week, we’ve also managed to acquire three new vegan cookbooks. The first two are both by a vegan chef (Miyoko Schinner) known primarily for her talent for creating vegan cheeses: 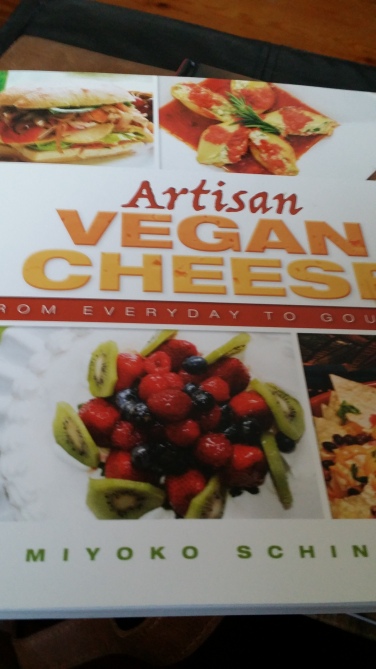 James ordered the third book, which was another nice surprise because I’ve followed the writer’s blog for years and often scoured her recipes for ideas. The book itself is lovely (beautiful layout and photographs, etc.) and, though it’s paperback, extraordinarily heavy (two-and-a-half pounds!!). It’s also gratifying that a young (Canadian!) woman with a passion for vegan cooking has achieved such success! Indeed, I’ve been reading this cookbook like a novel for the past few days and marking the recipes I plan to make over the next little while.

On a side note, I have to say that I’m invariably astonished at how relatively inexpensive cookbooks tend to be, particularly considering the quality of most of them (and the great pleasure they bring!). For example, the extraordinarily heavy Oh She Glows cookbook was under seventeen bucks, and the other two were around twenty dollars each on Amazon.

And the song for the day is….Van Morrison’s “Being Green” because “being green” is what we’re all about at the moment. It’s also a nod to my darling niece, Dana, who recently went green herself:

And here’s Van the Man….Bein’ Green!