Skip to content
Back in the late 1950s, when my Dad’s executive star began to rise and we moved from the Toronto area to Montreal, my Mum suddenly embraced convenience food with a vengeance–Birds Eye Fish Sticks, McCain’s Frozen French Fries, Noodles Romanoff, Pillsbury Crescent Rolls (usually wrapped around weiners), Whip’n Chill Pudding, Betty Crocker Instant Mashed Potatoes–you name the instant “food” and it was part of her weekly repertoire of menu items.  In fact, I had no idea that one could make salad dressing until I was well into my twenties and a friend showed me how to make a quick balsamic vinaigrette. Up to that point, I just assumed all salad dressing came in a bottle marked “Kraft.” Every pie crust was frozen and came in a Tenderflake box, and every cake was made by Betty Crocker. 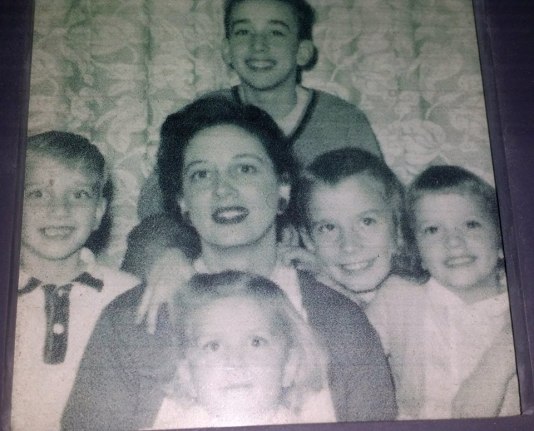 And we LOVED these various convenience foods–in fact, I only recently learned that my sister hated Fridays because dinner was always Birds Eye Fish Sticks and McCain’s Frozen French Fries (made in the oven…which was apparently healthier than frying!!).

A particular family favourite was Cheez Whiz. From the day it was introduced to the Canadian market in the 1950s to this day, my parents have gone through a jar of this stuff a week–my Mum even heats it in the microwave to pour over steamed broccoli. And my Dad always opens a new jar the same way: he pulls it out of the cupboard, turns it upside down and smacks it hard on the counter to loosen the seal. A few years ago, the jar broke when he smacked it and he wrote a letter of high dudgeon to the president of the company. As a result–and to his great delight–he received an enormous crate of free Cheez Whiz and enough coupons to keep him in the stuff for a few years.

When we lived in Montreal, we rarely saw my dad during the week, but on Saturday morning, he always had the same breakfast: toasted raisin bread spread with Cheez Whiz–a strangely delicious combination, which I still sometimes crave. And I ALWAYS crave Cheez Whiz though I haven’t eaten it in years. In fact, the last time was when I was on the receiving end of my Dad’s Cheez Whiz bounty in the early two thousands.

Anyway, I’ve been craving this tasty spread all week and thought I’d try my hand at a healthy, vegan version of the stuff. I started with this recipe from The Vegan8, but felt the need to add a number of ingredients. Then, of course, I wanted to spice it up, so I added a few more. The result is a super spicy cheezy spread that is actually quite yummy! I should mention that it really doesn’t taste much like the original, but apparently, the current version of Cheez Whiz also bears little resemblance in terms of appearance or taste to the Cheez Whiz of my childhood (See “The Day They Took the Cheese out of Cheez Whiz”).

The spread I made is very good on toast, but could be heated up to pour on a baked potato or a Cena Mexicana…or even stadium-style nachos. And best of all, it contains no corn syrup, xantham gum, food colouring, and the myriad other questionable ingredients in the original product.

Blend in the bullet 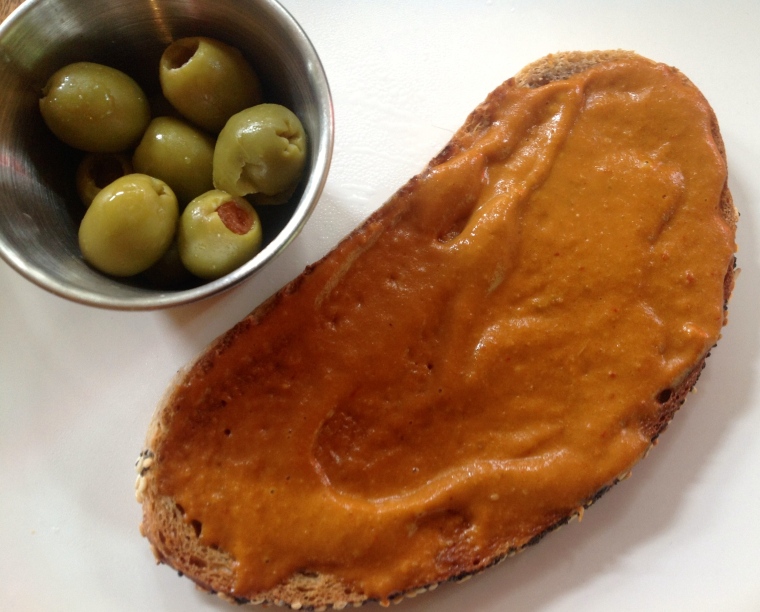