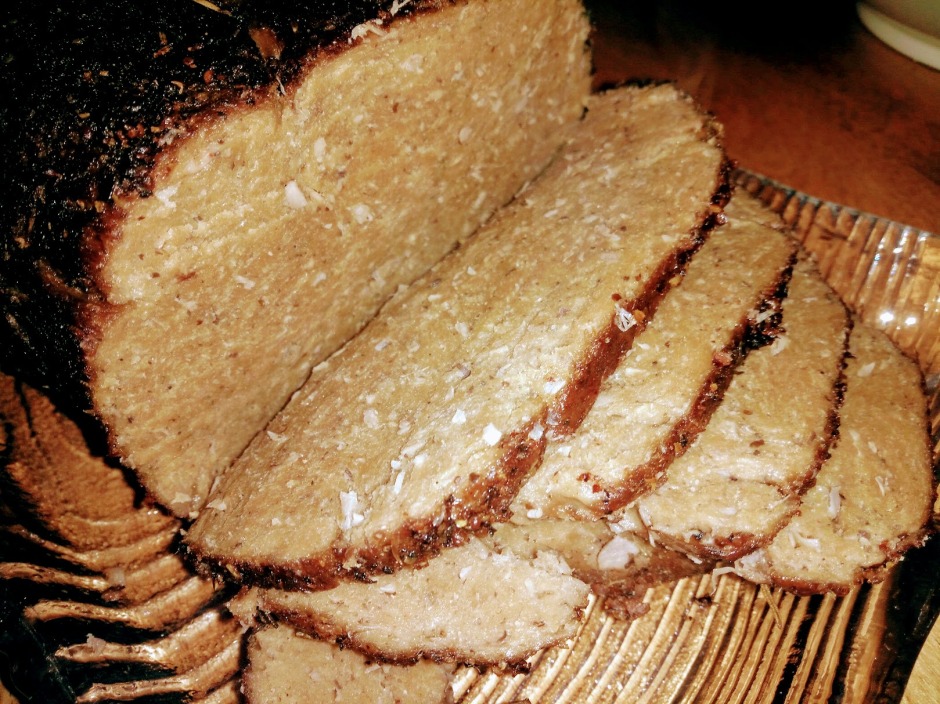 James and I were so taken with the Gaz Oakley cookbook that Chazz and Francie sent me that we ordered his new Christmas cookbook the minute it was released. The book arrived from our good friends at Amazon exactly ONE DAY after I ordered it, and we pored over it all Friday afternoon trying to decide what we’d make for Christmas and New Year’s Eve for Annie and Jamie, who are coming up on December 30th to stay for a few days.

I was so intrigued with his recipe for Rosemary, Red Wine and Garlic “Beef” with Rich Jus, as well as his vegan Yorkshire Pudding, that I decided to spend the afternoon attempting the recipe. His recipes always have a ton of ingredients and are a bit labour-intensive, but I don’t mind because they aren’t tricky in the least.

And any good vegan recipe is going to have at least 17 ingredients if it’s going to taste half decent!

Now, I can’t reproduce the recipes here because I haven’t adapted them enough to pass them off as my own (haha!). You’ll just need to buy your own copy of the book!

I did make two changes to the vegan roast recipe though: I subbed Better Than Bouillon Vegetable Base for Marmite (because who the hell can get Marmite in Canada?!!).

I also added one can of jackfruit to the seitan roast at the mixing stage to add texture. Both adaptations worked VERY well.

For the gravy, I deviated from Gaz’s instructions a bit as well: rather than strain the broth, I blended it in the Vitamix so I could include the onion, garlic, and herbs. The result was a lovely, velvety jus. I didn’t even need to add cornstarch to thicken it!

I also made Gaz’s vegan Yorkshire puddings, which James loved, but I thought were a bit stodgy because I don’t think I had the oil hot enough.

I used the Post-Punk Kitchen recipe for vegan mashed potatoes (which I always love!) and air-fried some broccoli.

The entire meal was a rather amazing vegan fake of the Sunday dinners of my childhood! 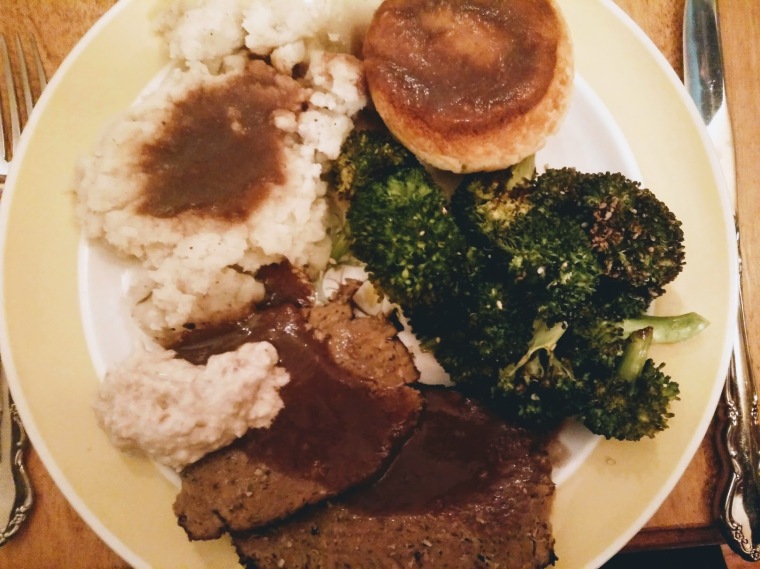 And I used so much red wine in the recipe that we had to eat our Vegan Roast Beast with white wine! Nevertheless, the entire meal was delicious!

And the song of the day is Van Morrison’s “Wonderful Remark”–the eight-minute version from The Philosopher’s Stone: