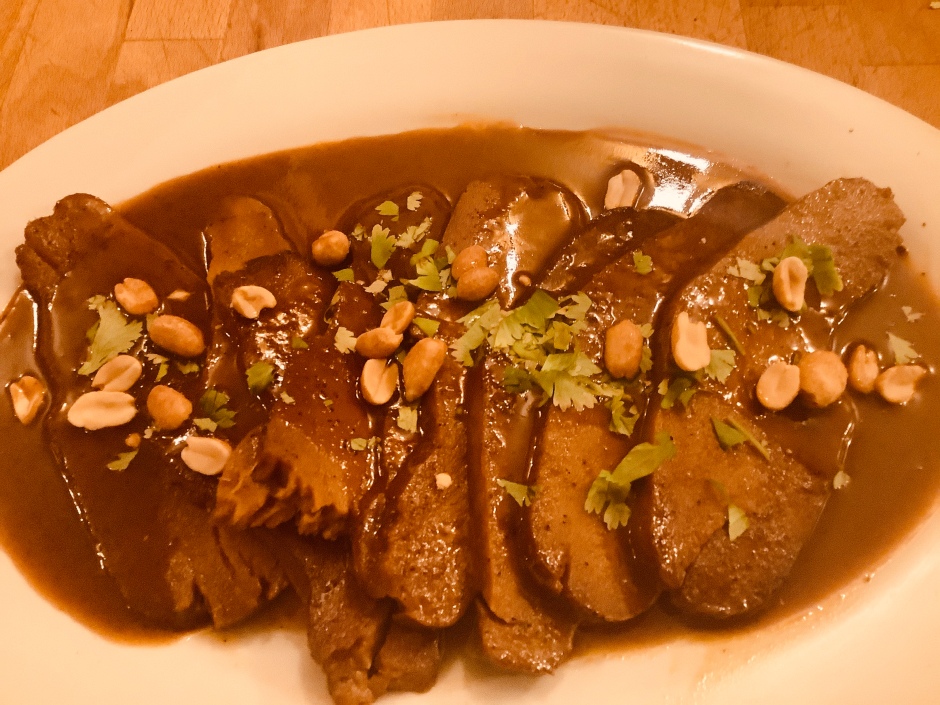 I know, I know….we’re not American. In fact, we had our Thanksgiving five or six weeks ago. So why, you might be wondering, are we making a Thanksgiving dinner again for a feast we don’t even celebrate? Well, I’ve come to realize that the American approach to Thanksgiving is actually much better than the Canadian approach. The other thing is…well, Americans have a LOT to celebrate this year.

For us, Thanksgiving is just long weekend–a Monday off sometime in October. Someone in the family usually has a feast, but it’s never actually on Thanksgiving; it’s usually on the Sunday evening so people don’t have to get up early the next day. Nobody makes movies about Canadian Thanksgiving because young people don’t travel across the country to be with their families, and those families don’t go around the table and tell everybody one by one how much they love them (we’re far too uptight for anything like that!). For us, Thanksgiving dinner is more like a regular Sunday dinner at your parents’ place, where you might make an effort to go, but certainly not if you were invited to go fall camping for the weekend or if you had to cram for a midterm on Tuesday.

However, I’ve learned from my studious viewing of holiday movies that Americans take Thanksgiving much more seriously. For them, it’s the opening of the holiday season: a precursor to Christmas, Hanukkah, the Winter Solstice….whatever you happen to celebrate in December. And it’s on a THURSDAY, so you effectively get a four-day weekend–enough time to travel across the country for a few days to visit your family (which apparently these maniacs down south enjoy doing!). I’ve learned that while they all wait for dinner to be cooked, they either watch football games on TV, or (if they are Baldwin brothers or Kennedys) they play football in a convenient park across the street from the family home. And, oddest of all, they eat their Thanksgiving feast mid-afternoon!! According to my sources, they sometimes say some form of grace or thanks to great earth goddess and then sometimes all tell each other what they are individually thankful for…and then they dig in. Having their feast early leaves time for the many family squabbles that holiday movies inform me occur on this feast day.

The next day, they all go shopping.

So in the hope of creating a similar–but vegan–occasion (without any people, of course, because we’re living in the plague times), James and I studied the components of the American Thanksgiving meal.

According to The New York Times, these are the components of an American Thanksgiving dinner:

As it turns out, neither of us likes yams or sweet potatoes; James hates Brussels sprouts and mashed potatoes; I’m not a fan of string beans; and we both loathe pumpkin pie.

For the sides, I decided to veganize a Canadian Thanksgiving standard: Broccoli-Wild-Rice Casserole, a recipe that normally requires copious amounts of cheddar cheese and canned cream of mushroom soup. As for the potatoes, I initially thought I’d make scalloped or au gratin, but eventually settled on latkes because I was SURE that my American friend, Chazz, makes latkes for Thanksgiving dinner. As I was finishing off my latkes in the air-fryer, I remembered that she actually makes them for Hanukkah, NOT Thanksgiving.

Oh well. I told you this was not going to go well.

For some reason, James decided to depart from the stuffed seitan turkey with gravy that we usually make for Christmas. Instead, he made massaman-curry seitan turkey cutlets. So, at this point, we’d completely deviated from anything that would be similar to even a Canadian Thanksgiving, never mind an American one, where the rules are much stricter! When I mentioned this to James, he said, “Well, it’s a SIDEWAYS Thanksgiving, isn’t it?”

I think what we lacked was a unified vision.

So….sideways Thanksgiving it is, and, sideways though the dinner was, the meal was absolutely delicious!!

So here we go with the recipes for the casserole, the latkes, and the vegan turkey!

While the rice is cooking, make the cheez sauce:

Blend in the Vitamix for two minutes:

Next, add to the mixture:

Blend on high for thirty seconds. Pour the mixture into a saucepan on medium-high heat. Bring to a boil, stirring constantly until the mixture becomes smooth and shiny. The tapioca flour will be cooked ONLY when the mixture is shiny. Alternatively, you can “cook” the sauce in your Vitamix if you have a soup function!

Next, spray a small casserole dish with oil and press one cup of the cooked wild rice into the bottom. Arrange half the broccoli/cauliflower over the rice, and pour one cup of the cheez sauce over. Repeat once more.

Next, saute in a little oil…

After the onion is softened, add to the pan….

Continue to saute until the onion/panko mixture is combined and crumbly and starting to brown.

Sprinkle evenly over the top of the casserole. Bake uncovered at 350 for an hour. You’ll have one cup of the cheez sauce left to warm up and serve with the casserole.

Now…onto the latkes! This is loosely based on a recipe by my Irish boyfriends (shhh…don’t tell them; they don’t actually know they’re my boyfriends!) at The Irish Pear.

Place in colander, salt and leave for ten minutes for vegetables to release their liquid. After ten minutes squeeze out liquid and place is large bowl.

Mix well. Heat a few TBS of peanut oil on a skillet. Form the mixture into patties (aim for about a dozen), and when the oil is hot, pan fry the patties in batches–about three minutes per side–until golden brown. Remove from pan onto a layer of paper towel.

You can make these in advance and air-fry them for twelve minutes just before serving.

Now it’s James’ turn!! He adapted his creation from this recipe.

In a large pot, combine peanuts,  cilantro, ginger, lime zest, shallots, garlic and veggie broth and bring to a boil.  Add 1 tbsp of Better than Bouillon.  Simmer over low heat until reduced to 1/3. Strain out solids and set aside.

In a large skillet, heat the 2 tbsp  of oil until shimmering. Slice chickwheat loaf into cutlets. Season the cutlets with salt and pepper and add to the skillet. Cook over medium-high heat, turning once or twice, until browned all over. Transfer the cutlets to a platter.

Add the curry paste to the skillet and cook, stirring, for 30 seconds. Stir in the coconut milk and cook, scraping up any browned bits stuck to the pan. Add the broth, soy sauce, brown sugar, star anise and cinnamon stick and bring to a boil. Return the cutlets to the skillet. Cover tightly and simmer over low heat until tender.

Transfer the cutlets to a platter; cover and keep warm. Discard the star anise and cinnamon stick. Boil the sauce until thickened and reduced by a half. Season with salt and pepper.  Return the turkey cutlets to the sauce.  Serve cutlets when hot.  Ladle sauce on top; garnish with peanuts and cilantro and serve.

So, here is our fabulously scrumptuous Sideways Vegan Thanksgiving Feast….served with Prosecco, of course!

And, by complete coincidence, as I was making the little video above, Jack Johnson’s “Better Together” started playing, so it seemed like the perfect song for this evening!