I just preordered Laura Miller’s new cookbook and can hardly wait until it arrives…in about six weeks (it hasn’t been released yet), particularly since rumour has it that she’s got quite a few Spiralizer recipes!!

I’ve been following her videos ever since Annie told me about her, and her recipes are great. And her videos are highly entertaining–as I think I’m mentioned in earlier posts, she has that charming Cascadia-stoner-girl delivery (and by “Cascadia,” I mean Northern California, Oregon, Washington, British Columbia–you know the vibe).

She’s also not a crazy proselytizer as some raw foodists have a tendency to be (again, you know the vibe).

Her food philosophy seems to be that she’s trying to show people how to incorporate more raw food into their diets by creating delicious (and straightforward) recipes with easy-to-find ingredients. I’ve tried a few of her recipes (some of which are actually cooked!), and they’re all great.

Anyway, I’ve been dying to try these little wraps for ages, and just finished grading a huge pile of essays, so I thought I’d reward myself with some cooking (which, in this case, is really just measuring, blending, and assembling).

And OH MY–these chili wraps are the serious bomb. SO, SO good. Super filling though, so you really have to watch how much of the filling you put in.

Here is the video…and here is my slightly adjusted filling:

Blend until smooth, then add 1 cup cashews and pulse until chunky, but not smooth.

Next, assemble the wraps: smear some of the mixture on a purple cabbage leaf and add some carrot, yellow pepper, mango, and broccoli sprouts. 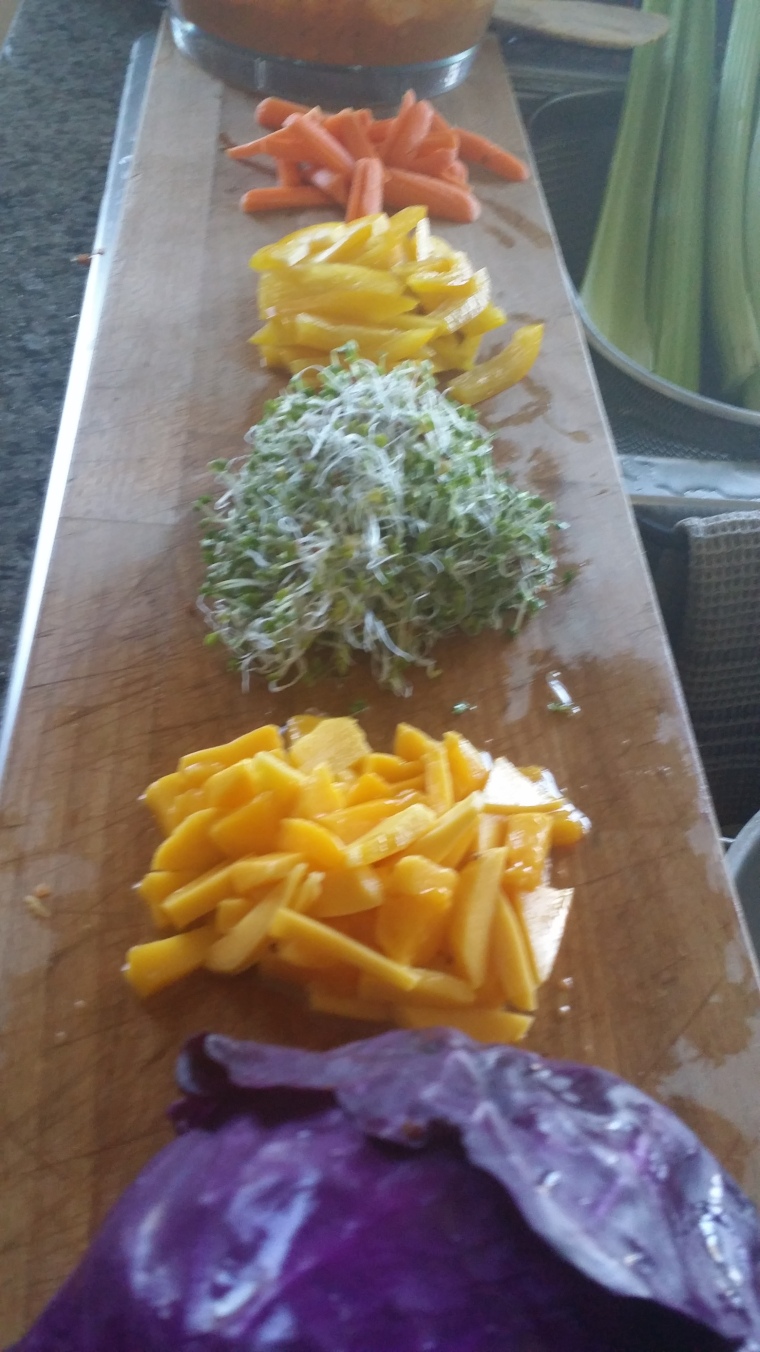 I bought a tiny purple cabbage, but next time I’ll buy a large one because the leaves got really small, really fast.

When you assemble them, you don’t want to put too much of the filling in because it’s really, well…filling.

Or leave them open like beautiful, colourful little cups of deliciousness: 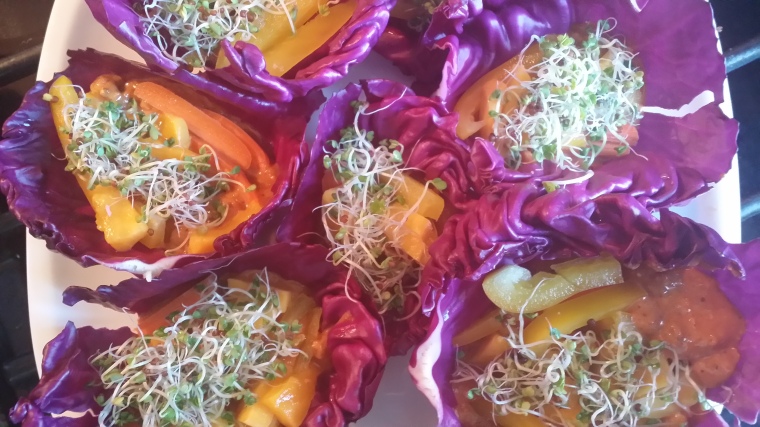 Aren’t they gorgeous?! Super good for you, and super delicious!!

The recipe makes about twelve little wraps, so, unless you’re taking them to a party or feeding a family of six, I’d reduce the recipe because you can only eat a couple (and you’ll be full for a few hours).

And the song of the day is Kurt Vile’s “Wakin on a Pretty Daze”: