I’ve been making James my easy-peasy white bread for the past few weeks, but he likes it so much, I fear I’m turning him diabetic, so I’ve been trying whole wheat versions as well. The loaves haven’t been nearly as tasty or light, so I finally tried including vital wheat gluten and using this recipe from Healthy Bread in Five Minutes a Day. I weighed the ingredients as outlined in the book, because I’m using Canadian flour, which is heavier. Thus, there is half a cup less flour in this recipe than in the video that follows.

I have to say, the vital wheat gluten REALLY makes the loaf rise well!

I followed the directions and let it rise on the counter until it flattened out and refrigerated the dough overnight. I snipped off a “boule” and weighed it, so that I had a loaf that weighed exactly one pound: 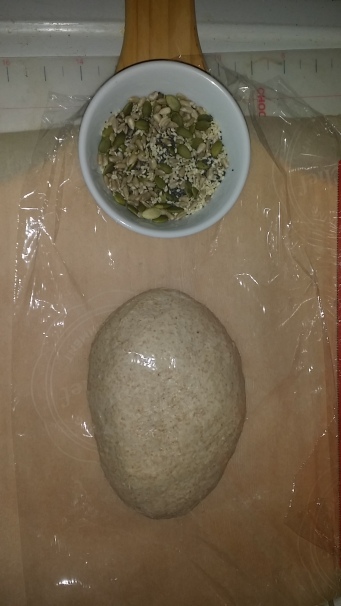 Then left it for two hours (covered in plastic) to rise again. I thought it would rise much more than it did: 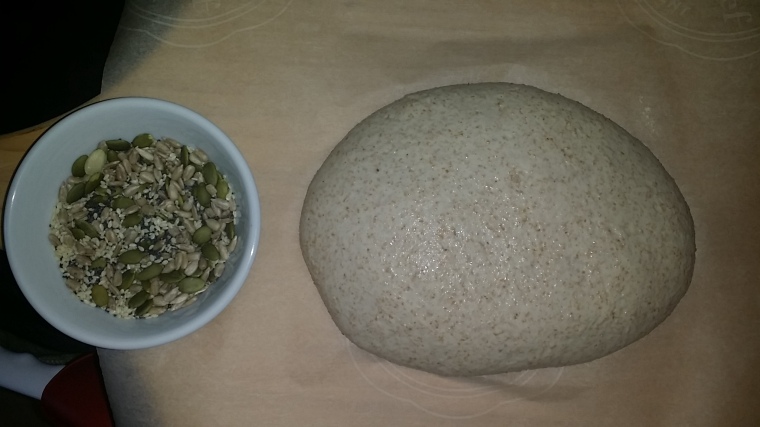 The next step is to brush the loaf with water and sprinkle on the seed mixture. I used a combo of pumpkin, sunflower, sesame, and poppy seed: 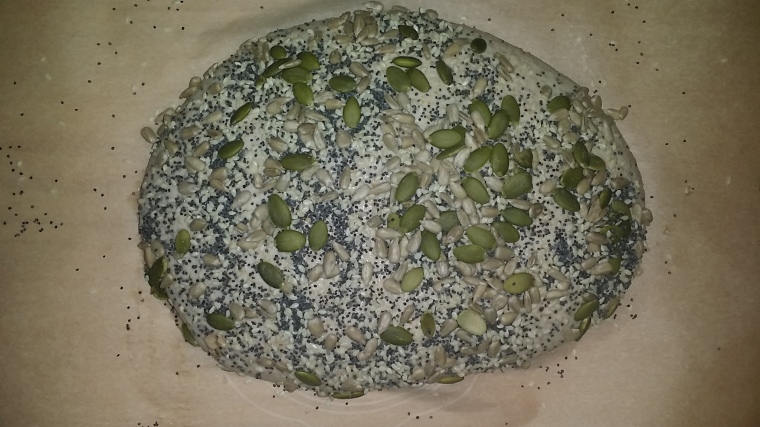 Then I scored the top, which looks a great deal easier in the video. It does take two or three passes with a bread knife. In the past, when I made baguettes on the regular, I had a special Xacto knife for scoring the top, but the thin blade doesn’t work very well on this dough:

Meanwhile the baking stone has been heating up in the oven at 450. I slid the loaf onto the stone. Again, it looks a great deal easier in the video–you definitely have to nudge it off a bit. I then poured a cup of water into the broiling pan beneath the baking stone. The steam will apparently create a perfect crust. 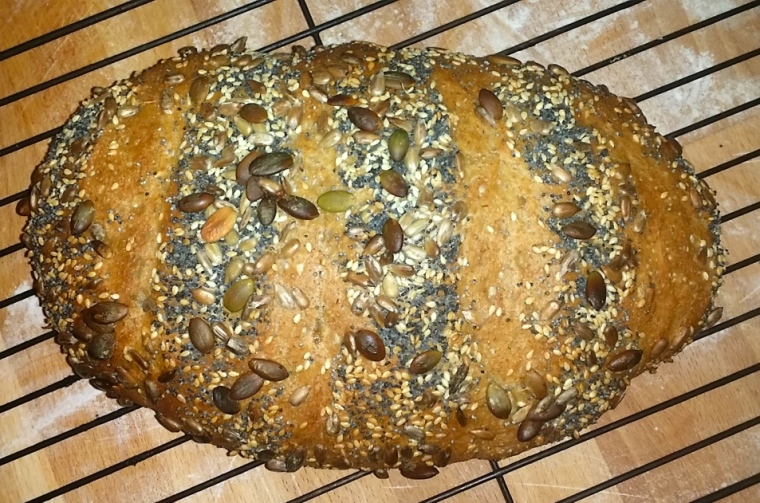 And it rose VERY well: the loaf is very light for a whole-wheat loaf, with lots of air pockets.

The crust is lovely and chewy as well. A very good loaf, I’d say!

I weighed the loaf after baking, and it’s 12 ounces, so it lost four ounces of weight in moisture.

And our dinner this evening is this amazing stew and hunks of this healthy loaf! 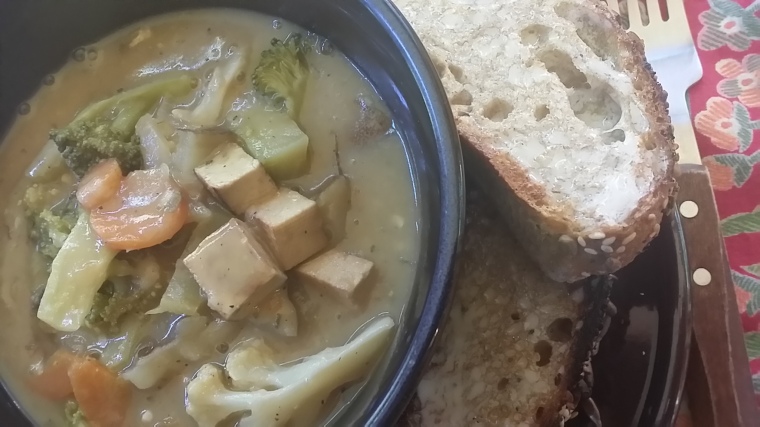 8 thoughts on “A Bit of a Healthier Loaf”