For the past few weeks, I’ve been following The Happy Pear Channel on Youtube, and I can’t recommend these these videos enough. They’re created by “The Happy Pear”–a pair of Irish brothers (twins) who run a vegan cafe/shop in Greystones, Ireland, but also sell vegan products and cookbooks, write a blog, produce a Youtube channel, and even teach online (and apparently face-to-face) classes on healthy vegan cooking.

Indeed, they seem to be creating quite the business empire, but their success is as much related to their charm and enthusiasm as it is to anything else (which will become clear when you watch this video–one of many in their 5-minute-vegan-dinner video series).

Like many in the WFPB (whole food, plant-based) food community, they have a kind of missionary zeal, but it’s quite charming and endearing (and definitely not heavy-handed proselytizing).

After making a few of their five-minute dinners, all of which turned out very well, I decided to give their tikka masala a whack. I should mention that these lads move at the speed of light…if light happened to be hopped up on amphetamines, so it takes my old ass about four times as long to make their five-minute dinners. Nevertheless, twenty minutes isn’t too bad for dinners this delicious!

For the tikka masala, I made QUITE a few adjustments because we like things pretty spicy here at Sideways Cottage, but the dish turned out brilliantly: perfectly delicious and satisfying!

Oh, and it’s SUPER healthy too.

This is my new favourite recipe!

By the way, the twins always speak incredibly quickly (and often over one another), but they are even more frenetic than usual in this particular video.

Anyway, here is my adapted version!

Mix in the Vitamix:

Once, the onion is translucent, add…

…and saute for a few more minutes. Next, add the contents of the blender and…

Stir it all up, bring to a boil, then down to a simmer until the cauliflower is soft (but not mushy–you want it al dente).

Once it’s ready, stir in…

Serve with a drizzle of almond-milk yogurt or cilantro cashew-cream, pita or naan, and a nice dollop of chutney. We used James’ apple-plum chutney from fall, 2016. 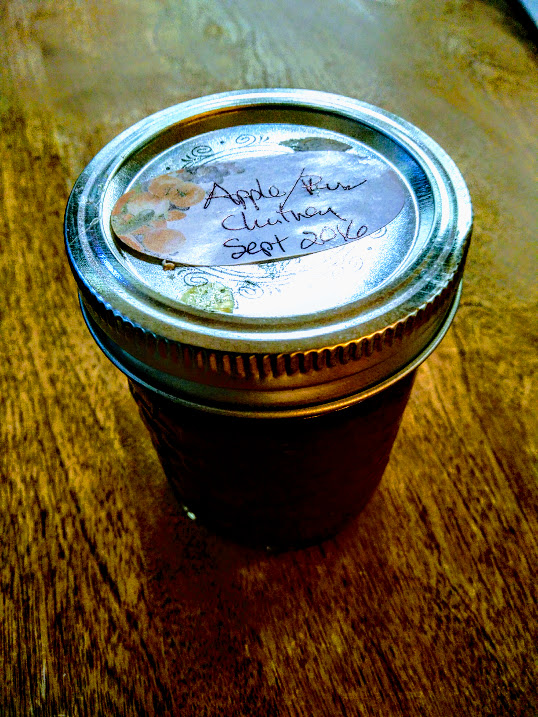 Pour boiling water over cashews and let sit for half an hour or so. Drain and blend with water and cilantro.

Now, you’ll want to serve this with either naan or pita. I served it with pita because I’ve recently perfected my pita-making technique, and it is just so damn easy to make and SO delicious to eat!

First, pre-heat the oven to 500 degrees. It’s best to wait another twenty minutes after the oven achieves the desired temperature just to ensure that your baking stone is nice and hot.

Meanwhile, weigh out a six-ounce ball of no-knead whole-wheat bread dough for each pita you intend to make.

Roll out the dough to a 1/8th-of-an-inch-thick circle. Because the no-knead dough is so sticky, you’ll need to use lots of flour on the surface and on the rolling pin.

Slap those suckers on the baking stone for EXACTLY nine minutes…

…and they will puff up and brown brilliantly.

Remove them from the oven and wrap loosely in a tea towel for a few minutes. The pita will deflate, but retain the inner pocket.

And here is our delicious meal this evening! As you can see, I added a few beets (roasted and tossed in balsamic vinegar) as well.

And the snow continues to fall at Sideways Cottage…

And….the electricity went out once again for about twelve hours!!

The next day, I put a grill on the wood stove, and, once it heated up, I rolled out a pita and placed it on the grill. I knew it wouldn’t puff up as it does in the oven, but I was able to cook some delicious flatbread to have for lunch with the leftover tikka masala (heated up on the wood stove, of course!). 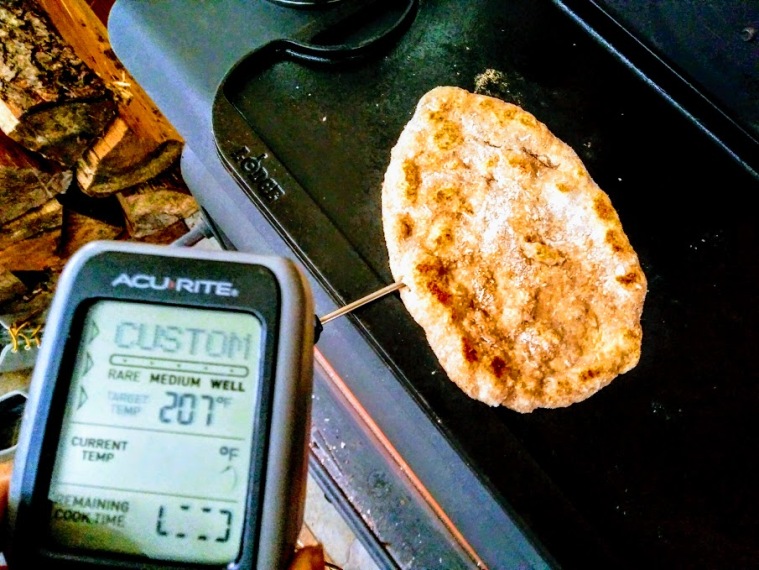 The flatbread achieved an internal temperature of 207 degrees at the exact moment the electricity came back on!! 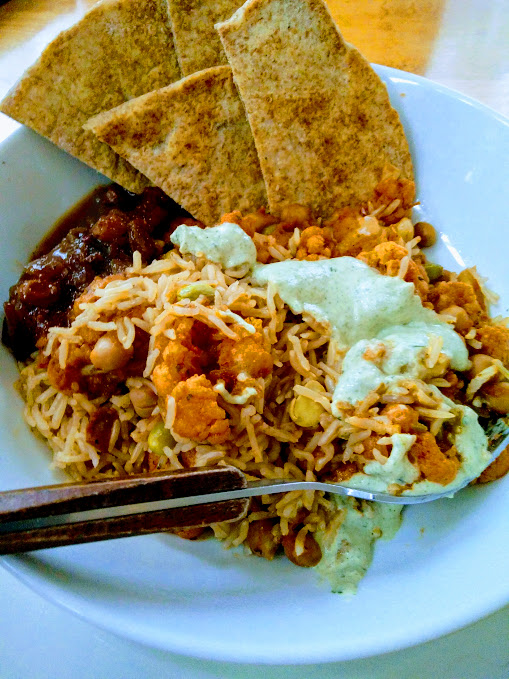