So a few years ago (I’m thinking five), I actually made seitan, and it was a great disappointment because I didn’t realize that making seitan is like making a brick of tofu: you don’t take a slice of tofu, warm it up, and slap it in a burger bun.

The other thing that concerned me about seitan was that, for some reason, I thought it was like eating white bread. And if I’m going to have diabetes-2-white-bread guilt, I’ll save it for my delicious hot white baguettes dripping in butter thank you very much!

Anyway, I recently learned that seitan is, in fact, “nutrition intense” (a term I recently read on a restaurant menu and think is hilarious). According to Michael Gregor, for 99.3% of the population, seitan is actually good for you. Since its primary ingredient is vital wheat gluten, however, for the .7% of the population with celiac disease, seitan is…not so good.

Watch his video on the topic!
Is Gluten Bad for You?

So today, I took another shot at seitan. I must’ve watched fifty videos on making seitan and, of course, it’s the internet, so they all disagreed with each other. I eventually went back to my original recipe from Isa Chandra Moskowitz’s Appetite for Reduction, so here we go: 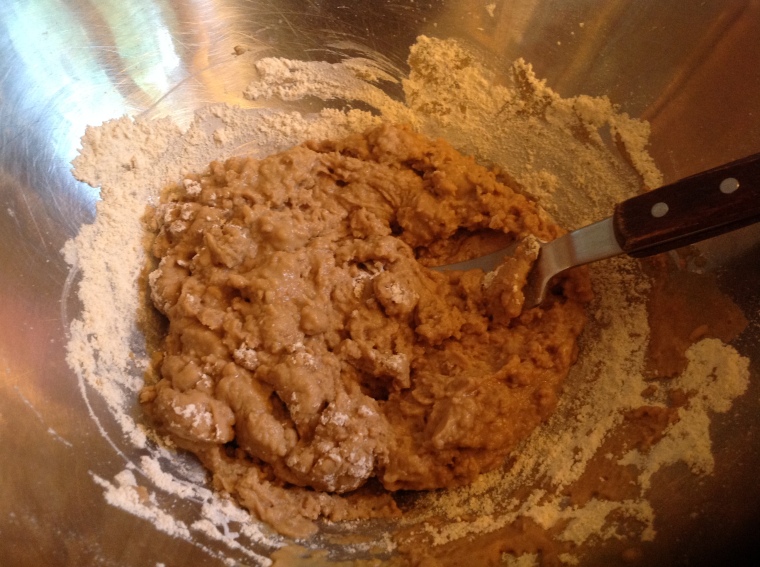 Flatten out the dough. 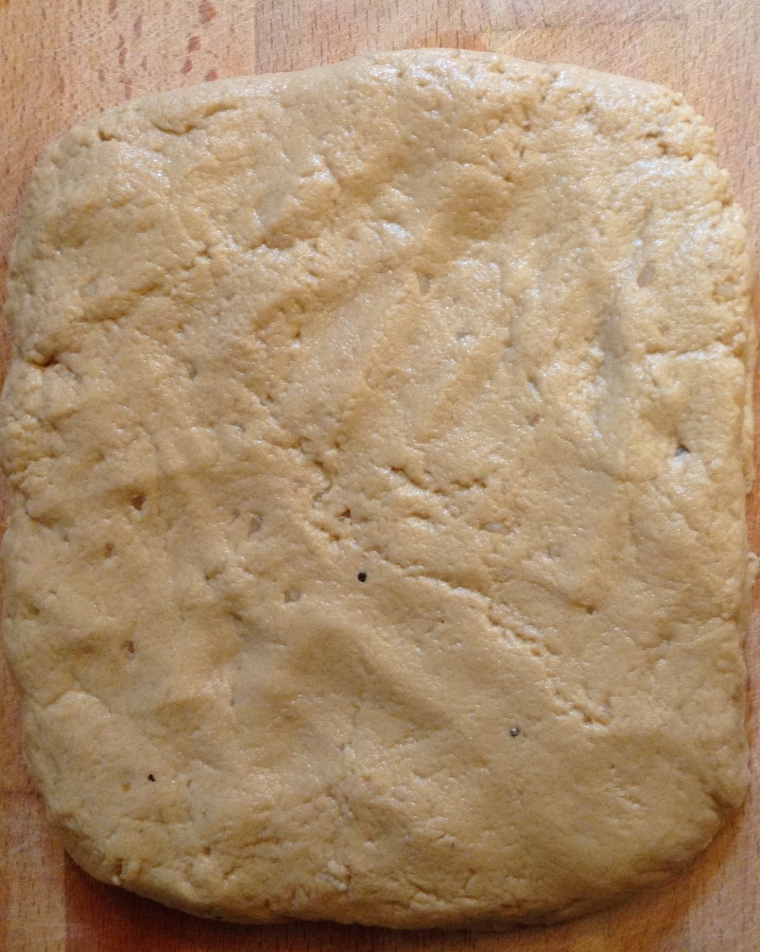 Cut into four squares and then knead each square for a moment or two.

Slide each loaf into the boiling broth, turn down the heat to a simmer, and let simmer (partially covered) for forty-five minutes. Turn the loaves occasionally.

At first they’ll descend to the bottom of the pan, but, have faith, they will eventually ascend!! 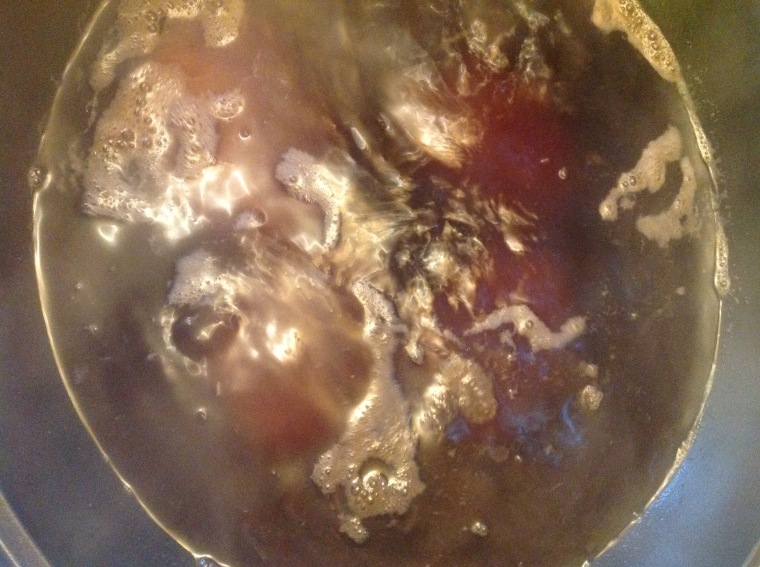 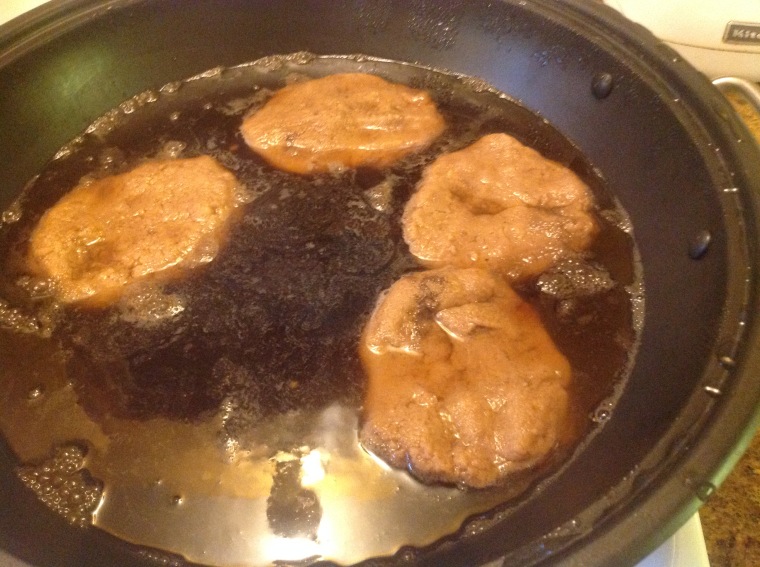 Remove the loaves from the broth and set in a colander until cool. 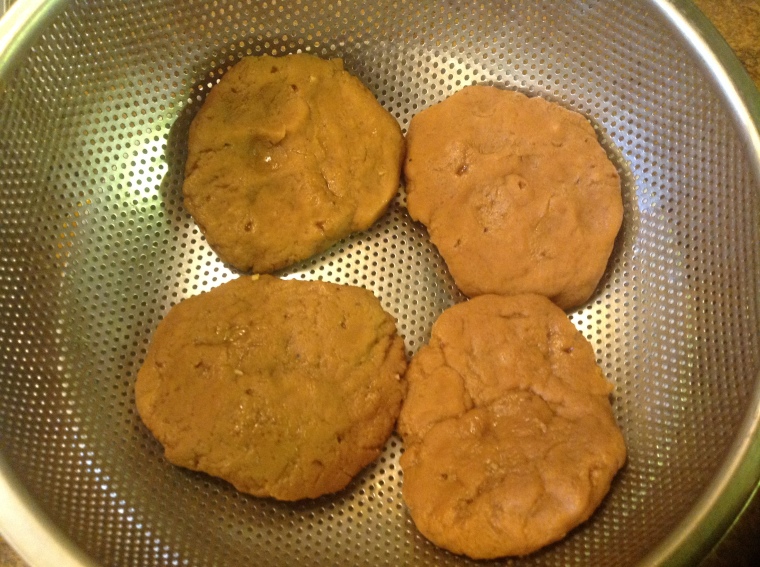 Okay, so it’s all pretty straightforward up to this point, right? But you see why I thought I was supposed to panfry these suckers and serve them on a bun, right?

So once you have the raw material, you can slice it, grill it, and add sauce, OR you can marinate and grill.

This evening, we’ll be slicing and marinating the seitan in my universal marinade. 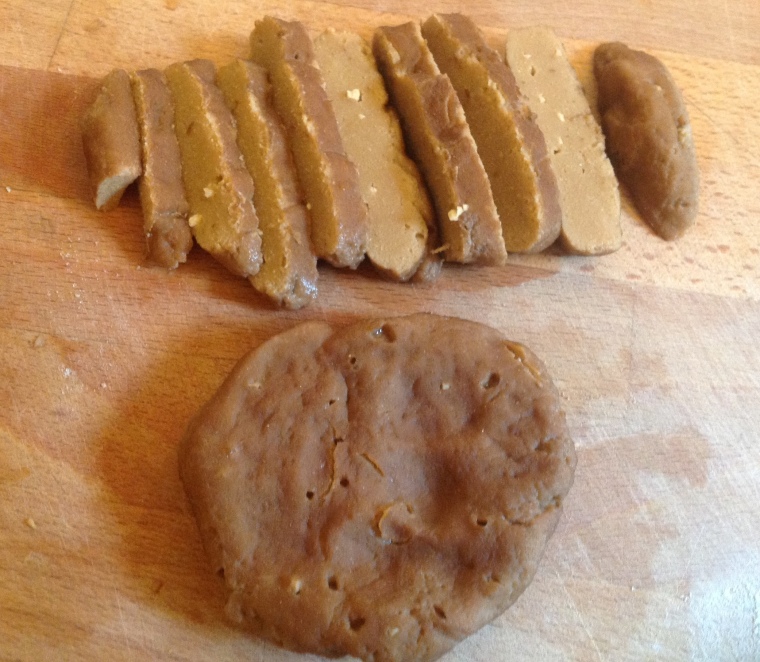 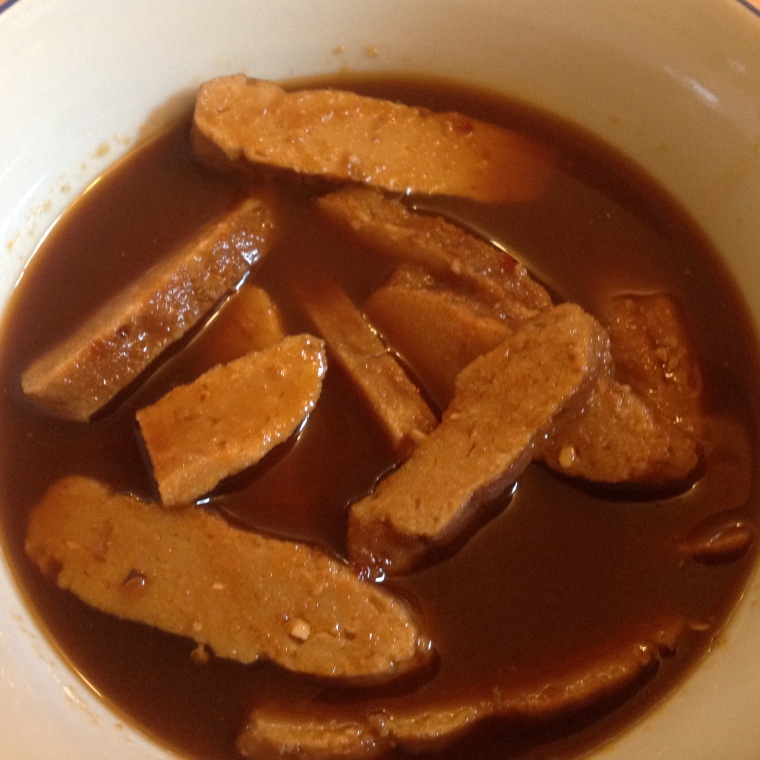 Next comes the grilling…

I tried just a couple of pieces because I wanted to test the texture. To be honest, I wasn’t in love with it.

Next, I tried the breading it (1/4 cup nutritional yeast, 1/4 cup panko, 1 tsp salt, 1 tsp pepper) and frying it in a full-on dose of vegetable oil. 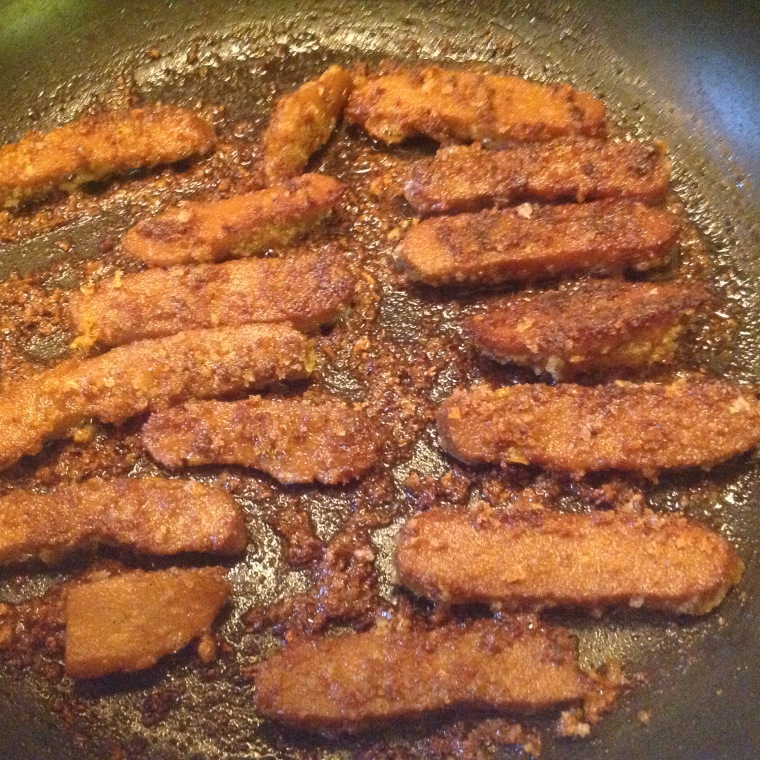 It’s okay, but I think I can do better. The exterior is very good, but the interior is still a bit smooth (and it should be chewy).

Anyway, we had it atop a delicious salad with butter lettuce and romaine from the garden and a fresh baguette I baked this afternoon, so all is well: 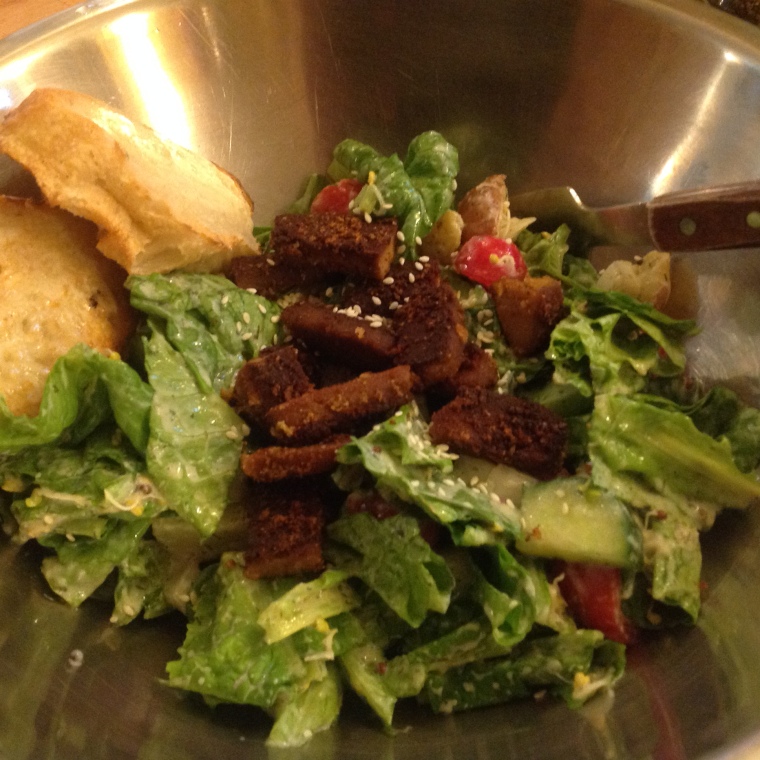