We had the most delicious meal this evening…and oddly, most of the meal consisted of leftovers from a few nights ago when I made Thug Kitchen Quinoa Taco mix and served it with taco shells we happened to have on hand.

This evening, however, I made some homemade tortillas, which were absolutely delicious–so hot and fresh tasting! And all the fillings I’d laboured over a few evenings before tasted so much better in the warm fresh tortillas than they did in the taco shells. I also made some hot-diggity vegan queso–yum yum!!!

In a the stand mixer bowl, combine flour, baking soda, and salt. Mix in water, vinegar, and oil until the dough is smooth. Turn onto a floured surface and let rest for 10 minutes. Divide dough into eight portions. On a lightly floured surface, roll each portion into a six-inch circle.

Cook each tortilla on cast iron skillet over medium heat for 1 minute on each side or until lightly browned.

Keep warm and soft by covering with tea towels. 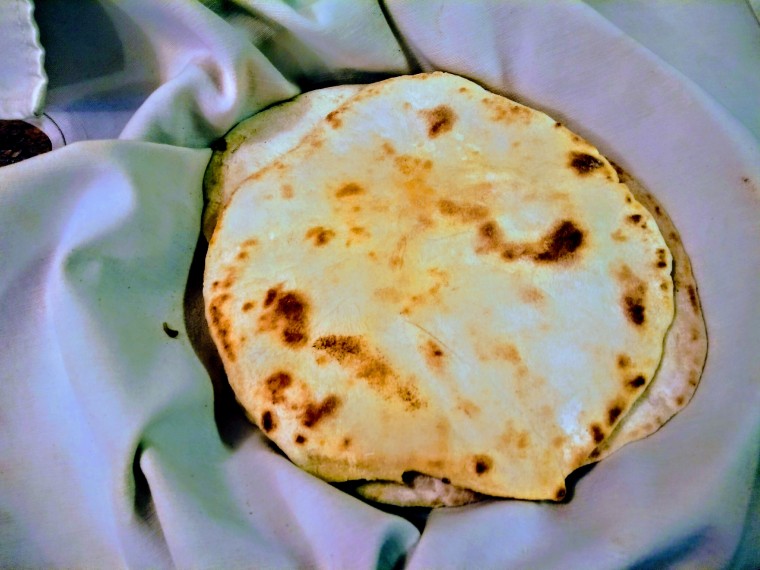 And here’s the recipe for….

Throw the following in the Instant Pot, click “Manual” and set for five minutes on high:

Meanwhile, throw the following in the Vitamix:

Pulse the Vitamix a few times so that the last three ingredients are in chunks (not fully blended).

And here’s our fabulous dinner!!

And the song of the evening is The Milk Carton Kids’ song “New York”:

2 thoughts on “Homemade Vegan Tortillas and Best Ever Vegan Queso!!”