I’ve now made The Buddhist Chef’s Vegan Cheese enough times that I’ve adapted the recipe, streamlined the process, and doubled the quantities, so I figured it was about time I posted my changes. This recipe is probably my favourite vegan cheese recipe for a cheese-and-baguette type meal. It’s not really a meltable vegan pizza cheese, but rather a sliceable, spreadable cheese–and a delicious addition to a vegan charcuterie!

I’m making it today for Em and her cousins, who came up for the weekend for a big family birthday party for my brother, Steve, who has been very ill for the past few years.

Everyone was to arrive on Friday afternoon and planned to stay until later today (Sunday). Early in the week, however, a number of family members dropped out for various reasons…and then on Friday morning, we received a message from Steve’s daughter, Erin, that she, her dad, and her daughter wouldn’t be able to make it either! Apparently, Steve was too ill to make the trip and is now in the hospital for a week battling a staff infection :(.

We continued with the party, however, and Face-Timed in the evening with Steve and Erin. 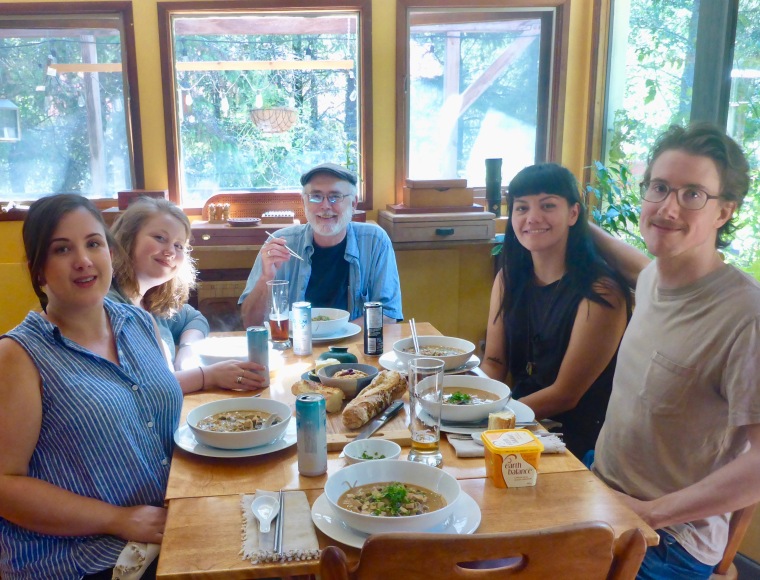 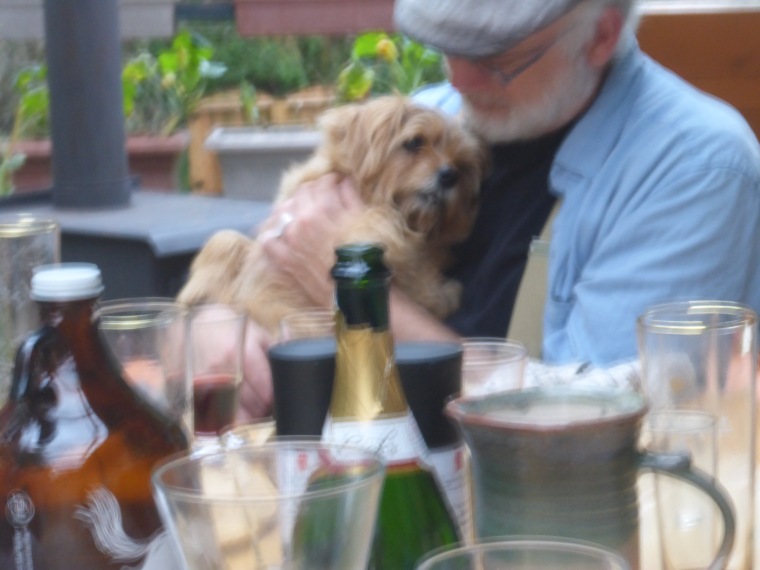 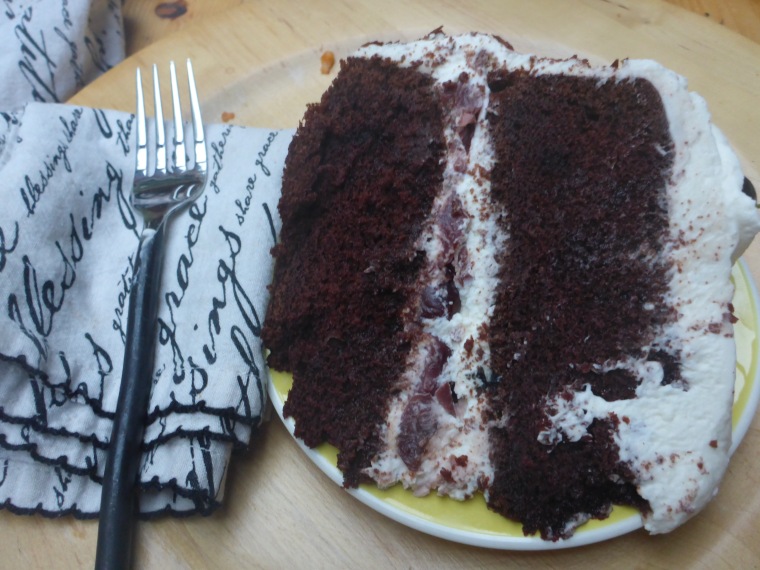 And though (sadly) the birthday boy was not in attendance, the eight of us have had a lovely time. Em, Annie, Joey, and Melissa (Joey’s girlfriend) stayed with us from midday Friday until midday Saturday when the went over to Hornby to stay at Bid and Paul’s cabin. We’re all meeting up at The Thatch pub later today (Sunday) for an early dinner before the kids take off on a late ferry for Vancouver. I’m making the vegan boursin so they’ll have a nice picnic for the ferry. Don’t worry–I’ll pack a couple of freshly baked baguettes for them as well!

Best Ever Vegan Boursin with Herbs

Throw everything into the Vitamix and run on high until smoooooooooth.

Next, throw in a big handful of freshly picked….

And pulse a couple of times. You want to see little green flecks, but you don’t want it completely blended so the cheese turns green. 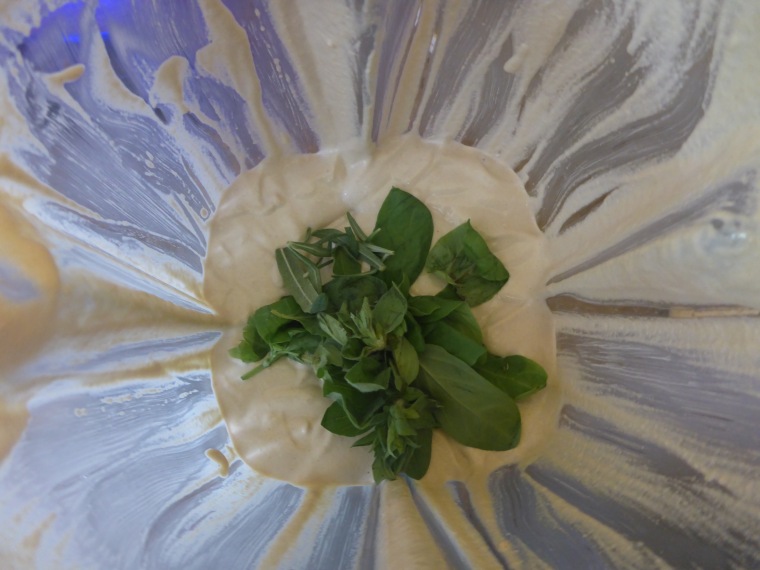 Pour the contents into a saucepan on medium heat and stir continuously until the cheese bubbles and eventually turns shiny (an indication the cornstarch has cooked).

Spray a bit of oil into three one-cup ramekins and pour the cheese into the ramekins.

Refrigerate for at least two hours.

I’d lined up a Beatles playlist for Steve for the party on Friday evening, but since he wasn’t here, we ended up listening to another oldie playlist (most of which seemed to be James Taylor).  Thus, the song of the day is James Taylor’s “She Thinks I Still Care”….

6 thoughts on “Best Ever Vegan Boursin Cheese with Herbs!!”