After making a couple of little picnics for the kids to eat on the ferry on the way home from our cabin, I was left with one little round of vegan boursin that’s been calling my name for a couple of days now. However, I overdid it a bit on the weekend, so I wanted to keep on the healthy side of the vegan spectrum (apparently, Miss Vicky’s Balsamic Vinegar and Onion chips are on the not-so-healthy end of the vegan spectrum).

To that end, I made a batch of quinoa flatbread to eat with the boursin, rather than a baguette or commercial crackers. I decided to shake it up a bit, however, so I added a couple of big dollops of tapenade.

Wow–the result was amazing: super tasty (and nice and salty)! And I didn’t even bother adding any of the other ingredients I usually add. Next time, I’m going to try it with just a handful of kalamata olives, instead of the tapenade.

Anyway, here’s the recipe, which is so simple it hardly needs to be written down!

Throw the first two ingredients and 1 TBS of the tapenade into the Vitamix and blend until smooth. Then throw the other TBS of tapenade in and pulse until just mixed.

Spread on a hot electric grill, close the grill, and cook for about eight minutes. Turn over and bake for about four more minutes.

Alternatively, spread on parchment paper and bake at 350 for 15 minutes, turn, and bake for ten more minutes. This method will give you a crispier flatbread. 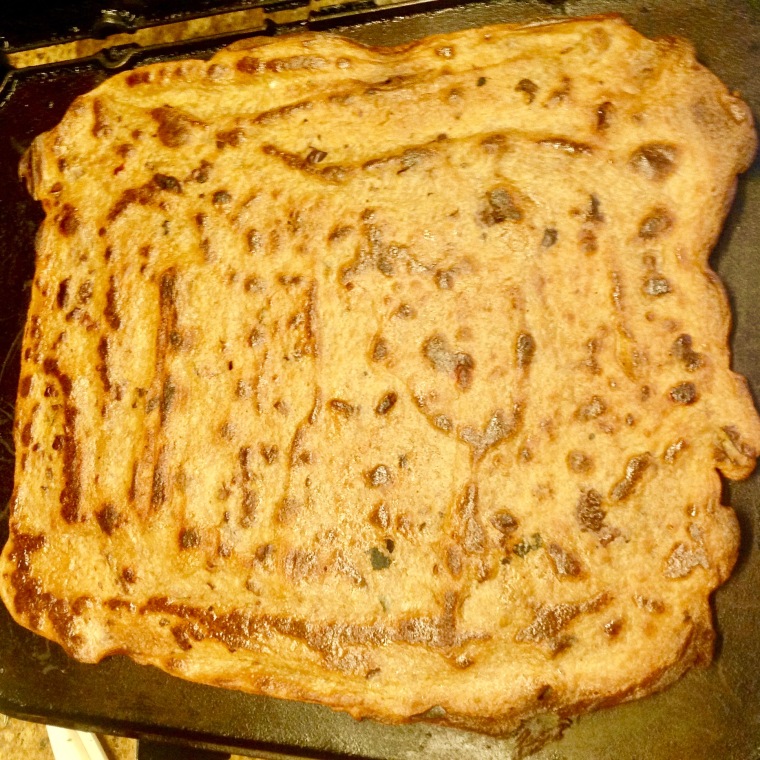 Slice it up and use it as you would flatbread or crackers.

I served it today with some vegan boursin, hummus, and guacamole. It was quite delicious! 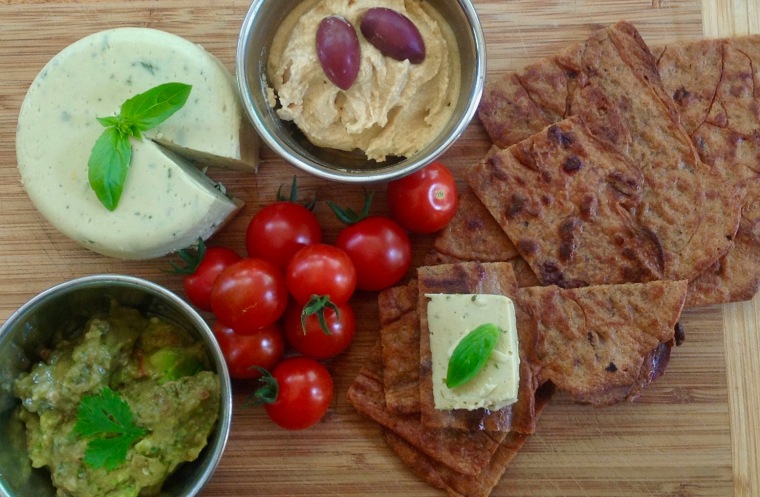 “Why?”, you may rightly ask: well, I was puttering about in the kitchen this morning when I heard someone calling me from the downstairs. It was our neighbour, who wanted to let me know that her sister had thrown her dog’s ball over the fence into our backyard, and they were just retrieving it.

She said, “We didn’t think anyone was home because your truck isn’t in the driveway, but then my sister said she could hear someone singing.”

That was me, of course. I’m always singing….and she’s not the only neighbour who’s mentioned it (so embarrassing).

What song was I singing?

For some strange reason, it was this one. And I was REALLY belting it out (oh god).