My first experiment in fermentation turned out so well that I decided to try some different vegetables. Oddly, I had been thinking that the healthy part of homemade sauerkraut is primarily the resulting probiotics, but I suddenly realized that the kraut itself is super healthy as well–even before fermentation–since cabbage is a cruciferous vegetable and carrots contain beta-carotene.

Red cabbage, however, contains EIGHT TIMES the anti-oxidants of green cabbage. So I decided my next sauerkraut would focus on red cabbage and as many super healthful vegetables as I could cram in the jar: beets, which contain natural nitrates; daikons, which are cruciferious; ginger root, which contains phytonutrients; turmeric root, which has a carcinogenic-blocking effect.

Oh, and I decided to throw in some chopped garlic and sliced serrano pepper to spice it up a bit! 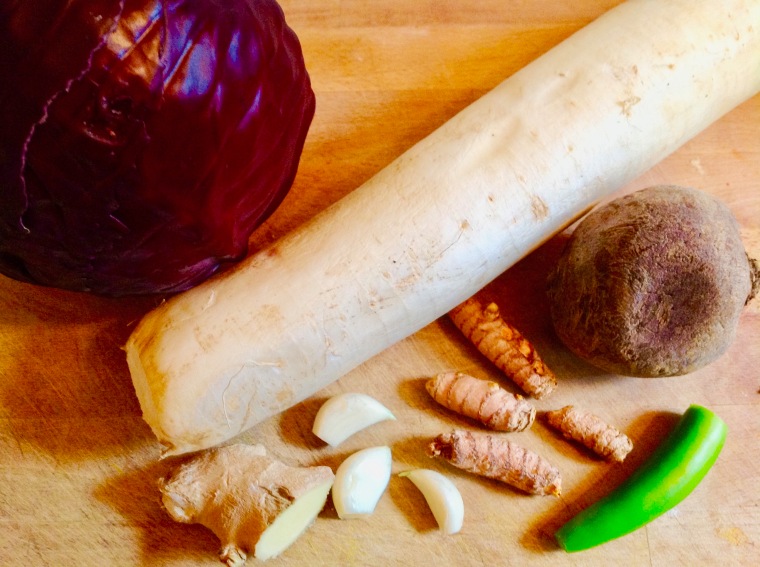 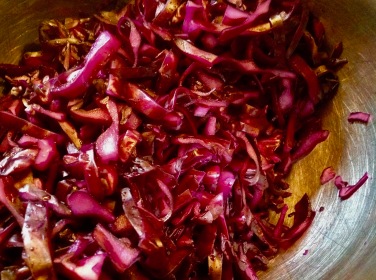 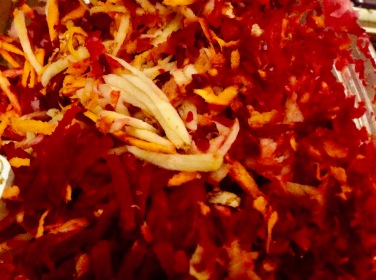 The result is a beautiful purple colour from the cabbage and beet. It should be ready to try by December 16th (12 days hence)! 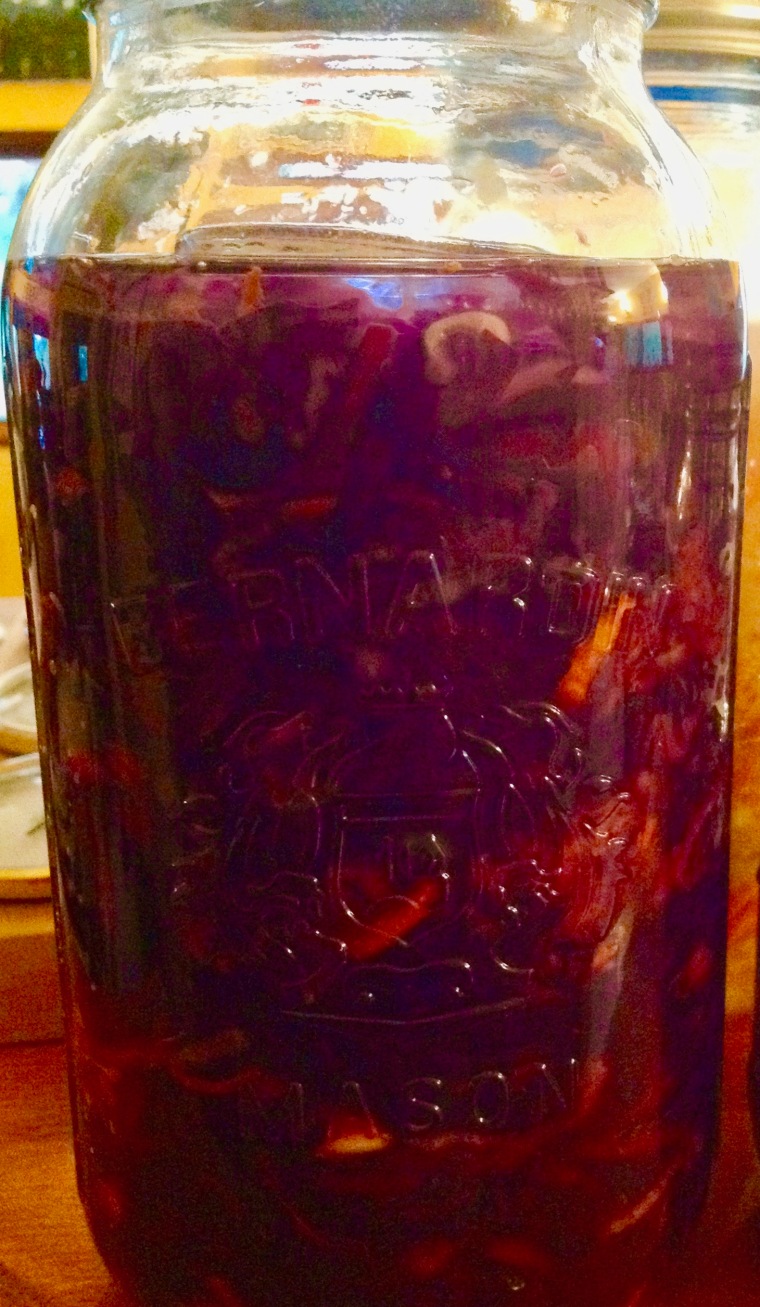 And I’m going off to Vancouver for a couple of weeks to take care of my mum while my dad is in the hospital, so this super healthy kraut should be about ready by the time I arrive home! I may even bring my dad a little jar of my current batch of kraut.

The other little project I attempted was homemade vanilla extract, which is made by by combining…

Place in a jar for eight weeks. And remember to shake it…shake it….shake it like a polaroid picture every couple of days. 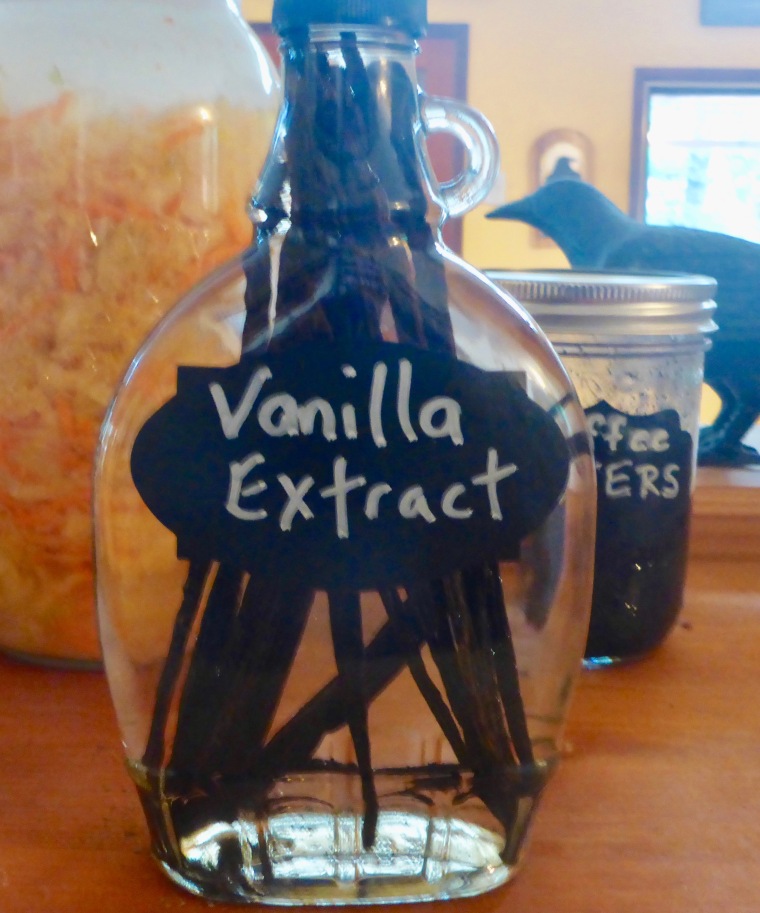 And check out this big batch of food I made to take into town for my parents! Of course, their seniors home has amazing food (indeed, their dining room is actually a restaurant that’s open to the public). However, my mum likes to go down to the restaurant for only one meal a day. Plus, I figured when my dad returns from his surgery, he won’t feel like eating much except soup…and maybe hummus!

And, of course, the song of the day is…