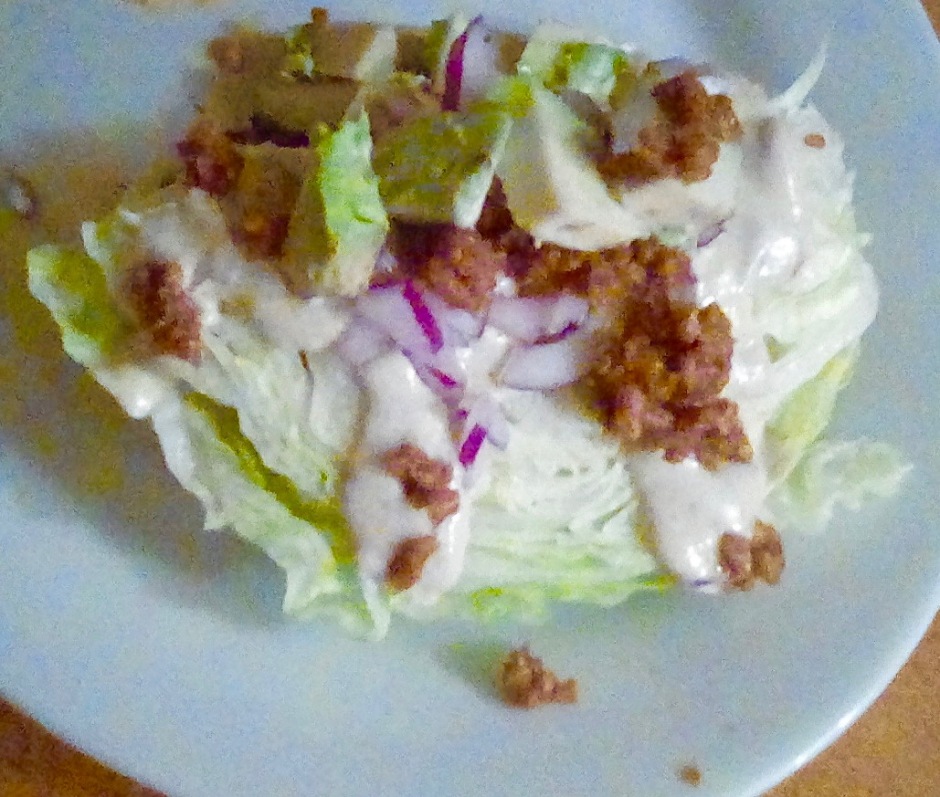 Today was a glorious day on Denman–the sun was shining and the temperature a balmy 11 degrees. In fact, I even wore my flip flops for our late afternoon hike with the pups. Mind you, I’m still wearing a bulky sweater and a huge scarf, so the flip flops are perhaps a bit premature.

And it’s also pretty chilly when the sun goes down so the stove still contains a roaring fire in the evening.

Still, once my boots come off, it’s unlikely they’ll go back on until November.

Anyway, during that first flip-flop hike of the season, I asked James what he’d like for dinner, and he replied, “A wedgie salad.”

When I suggested that perhaps he meant a “wedge” salad, he claimed that he’d been reading a synopsis of James Comey’s new book, which included mention of Comey being given wedgies by bullies as a young boy.

As I’ve mentioned in the past, James is highly suggestible when it comes to food: so apparently he read the word “wedgie” and thought, “Hmmmm….now a nice wedge salad would be just the thing!”

And being an obliging partner, I produced for him (in honour of James Comey’s boyhood wedgies)….

Slather each iceberg quarter in dressing and top with chopped avocado, onion, and vegan bacon bits.

One thought on “Atomic Wedgie Salad”